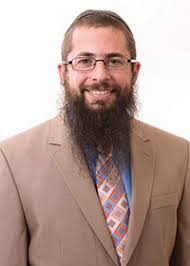 Anyone who’s ever been a parent can understand the impulse to think the worst every time something bad happens.

Especially for first-time mothers and fathers, every little cough or sniffle can easily result in sleepless nights taking a baby’s temperature every half hour and breathless phone calls with the on-call pediatric nurse. I firmly believe that one of the reasons why second-born children, on average, are so calm is that they didn’t have to deal with nervous caretakers subjecting them to needless tests and anxiety every time they had a cold.

Whether we realize it or not, we in the Jewish community act a lot like first-time parents. With our guard up, especially in recent years, every little whiff of anti-Semitism — real or imagined — quickly causes bouts of communal agita. Either we’re convinced it’s the 1930s again, or we’re furiously equating every bomb scare and suspicious package with a mass attack.

As we’re only two months from the largest anti-Semitic attack in the nation’s history, the Oct. 27 murder of 11 congregants at Pittsburgh’s Tree of Life, being this much on edge is more than understandable. But we seem to be waiting for the next Tree of Life to happen, God forbid. And that’s not good.

Take how Jews from New York to Florida responded to word last week of an incident in Baltimore: For a brief moment, many of us had worked ourselves up into a frenzy, sharing text messages and spreading rumors on Facebook and other social media channels after Shomrim of Baltimore, a volunteer Jewish safety organization, reported on a suspicious package having been opened by workers at a local synagogue. Two who supposedly came in contact with an unknown substance after opening the package had gotten sick.

In actuality, though, it wasn’t a package, but a hand-addressed envelope with a Christmas stamp and a Dallas postmark. Inside was a letter referencing the holiday season and the importance of being “saved.” The pair who opened it legitimately did not feel well and rightfully called the police. But by the time paramedics arrived, they were fine, and a hazmat crew declared the letter clean.

But if you had been following the Shomrim feed — or had been reading the messages shared around Philadelphia — you wouldn’t have known any of that. What you would have learned instead was that synagogue after synagogue had received similar mail, and had called the FBI.

“The hazmat team is testing every envelope,” the organization’s last post on the incident read. “We will keep everyone posted.”

Despite news stories the next day reporting on what actually happened, Shomrim has stayed silent.

When I first heard of what was transpiring an hour and a half down I-95, my first thoughts were to the handful of similar handwritten and hand- addressed letters I’ve received in my two decades as a Jewish community journalist. All contained southern postmarks and most were sent close to Dec. 25. They all talked about salvation.

That there are some evangelical Christians who are still trying to convert Jews is not news, and it’s not a threat to either our safety or our way of life. It might be unnerving in today’s day and age to receive handwritten mail, but there’s nothing inherently unreasonable in members of other religions proselytizing by post. It’s protected by the First Amendment. And I’d rather they spend their time writing thousands of letters than shoving pamphlets in my face on the street corner.

So long as they engage in peaceful methods, I’m not worried about the evangelicals. I am, however, worried about our tendency towards hysteria before knowing all the facts. There’s a difference in being cautious and being paranoid, between approaching a situation like a veteran parent — assessing all available information before jumping to conclusions — and being the guy carrying his baby into the pediatrician’s office because she slept through a scheduled feeding time. (I know this from experience.)

Most distressing of all, there is very much the danger of harming ourselves if by constantly being on edge — even when it’s not justified — we eventually become anesthetized to the real threats out there. Not every letter is a threat. Not every package is a bomb. If it looks suspicious, don’t open it and call the authorities. But please don’t alert the masses. We’ve got enough to worry about.