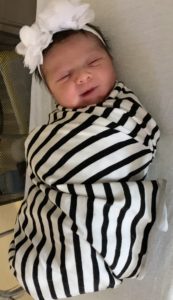 Meryl (Jacobs) and Shai Shefer of Merion Station announce the birth of their daughter, Sophia Devon, on Dec. 13.