Nestled among active warehouses and their decaying neighbors at the corner of 52nd Street and Grays Avenue, Kareem Wallace and Troy Harris’ vegan kosher food truck sits and waits.

Teal and blue, the truck is emblazoned with Stars of David, with trees in the forefront. “Grassroots Chosen Mitbach,” the truck reads (mitbach being the Hebrew word for kitchen).

For five years, Wallace, 37, and Harris, 44, have put countless hours into what they hope will be the spark of a job training program that could be exported to cities across the United States. The way Harris sees it, if this works out, they can then move on to figuring out job training for carpentry, electrical work and more, creating living-wage jobs and teaching kids in their impoverished neighborhoods about steady, long-range work and thought. It’s an expansive vision.

But first, the truck needs to put tires to pavement.

Harris and Wallace, first profiled in the Jewish Exponent in 2014, hope to have Grassroots Kosher Food Truck on the road by the end of January, employing young men from their communities as a way of keeping them off the streets. Harris said the process of fundraising, finding storage space and acquiring the necessary permits and certifications has been exhausting and treacherous; add in the difficulty and expense of acquiring a kashrut license, and well …

Harris and Wallace met in the kitchen of the Penn Hillel 14 years ago. Harris had been working as a chef there for a couple of years when Wallace came aboard, and they hit it off; both men grew up in West Philadelphia, experiencing poverty and later-in-life religious turns. They found family in the kitchen, Harris said, not just in one another, but in the people they spent their days serving: the student regulars at Hillel.

After Harris lost his house in a fire in 2008, students who knew him worked with him to petition Aramark (which ran the Hillel kitchen at the time) to up their contribution to Harris’ recovery effort; he was living in a Red Cross shelter then. A few years later, Jewish students worked with Harris and Wallace to agitate for better labor practices from their new employer at the dining commons, hooking them up with the Teamsters and consequently winning pay raises. Then came the idea.

From the Exponent article during the period: “In the process of fighting for better wages and conditions, Wallace said, they learned a lot about business and decided they wanted to shift the paradigm by becoming their own bosses and opening the food truck.”

Harris and Wallace are confident in their long-honed abilities to cook enticing kosher food, and plan to serve customers at the University of Pennsylvania, Drexel University and Temple University with vegan pastas, burgers and more. Forays into Lower Merion, Harris said, are also planned.

There have been bumps in the road since then.

While trying to open a business, both Wallace and Harris have struggled to balance that venture with their regular jobs and family time as they navigate an unfamiliar world.

However, they’ve received help from numerous sources. They cite countless donors to online fundraising campaigns, and a helping hand from businessman Gary Koppelman, the owner of the food truck commissary where the truck sits. There have also been dedicated Penn students who helped them throughout the years; Michelle Lyu, currently a senior, has organized multiple fundraisers.

But the vagaries of paperwork pale in comparison to the moment that Harris said he’ll never forget.

In February, Harris’ son, Azir, was shot five times. Now in a wheelchair, Harris and his wife, Debra, carry Azir out of bed in the morning; Azir’s medical treatment and the time spent making the house accessible to him put the truck’s launch on hold. It was a significant blow, but another fundraiser organized by Lyu has the project mostly back on track.

“We’re 90, 95 percent there,” Wallace said. They aim for the truck to greet students when they come back from winter break.

The period after Azir was shot was an emotional time, Harris said, but the thought of what he may be able to do with the truck has kept him motivated to see the project through.

“I been seein’ the city of Philadelphia, our youths and urban community either die or go in jail,” he said. Young men in his neighborhood that once asked him when the truck would open have faced that fate, Harris said. “That was another one I could’ve saved,” Harris thought.

“I’m just grateful that we have this opportunity right now to take it to the next level,” he said. 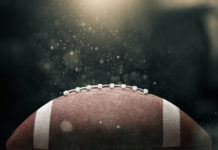 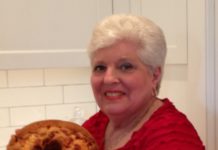 Kosher Bakery Owner to Hang it Up After 24 Years 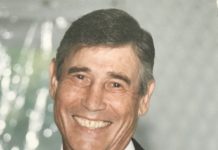