When Election Day finally came, those at the polls, especially early in the morning, waited in long lines to vote.

Committee people with each party said the lines were the longest they’d seen  since 2016.

This was the first election for candidates at the federal level since President Donald Trump took office, and the midterms drew higher-than-average turnout at the polls. Fifty-one percent of registered voters cast a ballot, The Philadelphia Tribune reported. That’s 14 percentage points higher than the 37.4 percent of registered voters participating in the 2014 midterm.

In Pennsylvania, Democrats flipped four seats, while Republicans flipped one, leaving a congressional map where each party holds nine seats.

“Rather than having heavily Republican members of Congress, it’s now split more evenly,” said Robin Schatz, director of government affairs at the Jewish Federation of Greater Philadelphia. “It makes a lot more sense now that it tries to keep the counties together.”

Gov. Tom Wolf kept his seat with 57.8 percent of the vote compared to former Republican state Sen. Scott Wagner’s 40.7 percent. In a Facebook video on Oct. 12, Wagner said he was “going to stomp all over [Wolf’s] face with golf spikes.”

“Scott Wagner had a complete meltdown, and Tom Wolf didn’t really have to do anything much to win,” Schatz said.

“Bob Casey’s been a very good senator, I feel,” Schatz continued. “He’s a moderate, leaning a little more to the left these days, but there with us on all of our issues. Since immigration is such a hot issue, and Congressman Barletta is more Trumpian than [Casey’s] attitude on immigration, it didn’t surprise me that Bob Casey did as well as he did.”

The redistricting gave Montgomery County most of its own 4th Congressional District, where Democratic state Rep. Madeleine Dean and Republican Dan David faced off. Dean won with 63.9 percent to David’s 36 percent.

“Two very good candidates,” Schatz noted. “The Republican candidate, Dan David, was an interesting, thoughtful candidate, did not really align himself with the president, had a good feel toward foreign affairs, probably a little stronger on that issue than Madeleine Dean, but that too is a heavily Democratic district now, and it was not a surprise that Madeleine Dean won. Madeleine has a very, very strong background in the domestic issues that we’re so focused on at Jewish Federation and [Jewish Community Relations Council], so that was fine.”

Dean is now one of four women who represent Pennsylvania in the House.

“Women make up 50 percent of the population, and it is quite significant that we now have that reflected in Congress,” said Jill Zipin, chair of Democratic Jewish Outreach Pennsylvania. “There are four female congressional winners now, not just candidates, who will be representing us. It’s really important. Women’s voices make a difference, and it’s important that we have women in elected office. We also elected many, many women in statewide races.”

In addition, there is also one Jewish representative. Democrat Susan Wild was elected in the 7th Congressional District.

The real “nail-biter,” as Schatz called it, was in the 1st Congressional District. The race there between incumbent Republican Rep. Brian Fitzpatrick and Democrat Scott Wallace was one of the most closely watched — and most expensive — of the election season.

In the end, Fitzpatrick won reelection.

“I’m nonpartisan in my job,” Schatz said. “I’m pleased Brian Fitzpatrick won reelection. He deserved it. He’s been a great partner for the Jewish community. He’s been a reliable vote on everything except for maybe the tax bill, which I did not lobby on, but certainly in terms of health care, anti-Semitism, counter-terrorism, he’s been there and has done great outreach to the community. He’s the type of moderate Republican we need in Congress.”

The race was one that the Republican Jewish Coalition threw a lot of support into, national spokesman Neil Strauss said. The organization spent more than $500,000 on cable and digital ads, mostly about Wallace’s family foundation, which had given $300,000 to groups that support the boycott, divestment and sanctions (BDS) movement against Israel.

RJC spent more money in support of Fitzpatrick than any other candidate in Pennsylvania, Strauss said.

“We were very happy to see that voters really responded when we were able to give them all the pertinent information about Scott Wallace … Israel obviously being the main [issue] there,” Strauss said. “We were pleased with how that went. Obviously, we would have liked to win more races in Pennsylvania overall, but we knew it was going to be tough.”

Also in Philadelphia, incumbent Democratic Reps. Dwight Evans and Brendan Boyle held onto their seats with 93.4 percent and 79 percent of the votes, respectively.

Across the country, the seats Republicans lost were those held by moderates, Schatz noted, which might be foreboding on the future of politics overall.

“When you look at some of the elections nationwide, you’ll see that there are people very far on the right and very far on the left who were elected, and I’m afraid it’s going to create more polarization,” Schatz said. “However, with the Democratic majority in the House, it’s going to force people to work together a little more closely. I’m not sure if that’s going to be the case in the Senate or not. I don’t know what’s going to happen in the Senate because they’re still waiting on a couple of results. Nobody has a super-majority, and that’s a good thing, and maybe there’ll be more attention paid to separation of powers as well.” 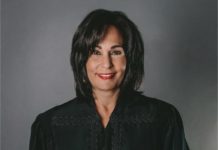 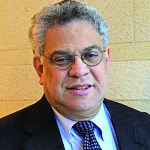 Opinion | What Synagogues Can Learn from the Political Conventions 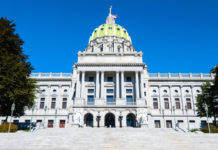