To Ambler native Stacy Goldate, her 94-year-old “Mom Mom” was just another old lady — albeit one she loved — who spent her days in the South Florida retirement community of Wynmoor Village, playing the piano, frequenting diners and playing cards with her 98-year-old sister, Rose Weber.

Goldate never saw her grandmother, Tamara Gussman Stein, as wielding any sort of political influence. She began to think otherwise, though, a few months before the 2012 presidential election, when she and her husband, Craig A. Colton, heard on NPR that Vice President Joe Biden was paying Wynmoor a visit.

“We had no idea they were so valuable to politicians,” Goldate said. “It seems to me that you must have a lot of power if someone on a busy campaign trail is going to stop there.”

Goldate and Colton, who both have backgrounds in filmmaking, began to think that there just might just be a filmworthy story behind this. They wanted to create a movie that would show the elderly as powerful and not just feed off of stereotypes. With that in mind, they set out to create the documentary, A Greater Society, to explore the political side of Goldate’s grandmother, as well as the other Wynmoor residents.

For four months, the two lived at Wynmoor, documenting the lives of the residents there and their political activism in the months leading to the 2014 midterms.

On Sept. 18, the film became available through video-on-demand on Vimeo.

“A lot of young people, when they see this film, they think about their own grandparents,” Goldate said. “It really hits them and disarms people on an emotional level to where it gets beyond any kind of partisan bickering. It gets to people’s hearts.”

The 7,500 residents of Wynmoor, many of whom are Jewish transplants from cities in the Northeast, play golf, hang out at the pool and have dinners in each other’s homes. When election season rolls around, though, they spend their time calling citizens and taking to the streets to register voters.

These senior citizens are super voters — voters who reliably show up to the polls for every election, including midterms, off-year elections and special elections. Their Florida retirement community is also a Democratic stronghold in the swing state, and their political influence draws politicians from around the country.

Many Wynmoor residents are former teachers, and their pensions, Social Security and Medicare have allowed them to live cushy lives in retirement. When they head to the voting booths, many of them do so not for themselves, but so that future generations can have the same benefits they did.

The documentary follows a handful of senior citizens, but the election will feel familiar to many outside the state. Republicans, a minority at Wynmoor, support incumbent Gov. Rick Scott. Democrats, meanwhile, are split between two candidates: the progressive Nan Rich, the former Florida Senate minority leader who captures hearts, and the moderate Charlie Crist, a former Republican Florida governor who wins the nomination and gains the grudging support of the Wynmoor Democrats.

After a midterm election with a historically low voter turnout, Scott wins.

Goldate said she wanted the documentary to come out in time for the 2018 midterms to encourage citizens to vote.

The film has another message, too, beyond its plea for civic engagement. When the election is over, Wynmoor’s residents are still getting older.

Goldate and Colton left the experience of creating this documentary with lessons about the aging process. During their four months in Wynmoor, they saw Gussman Stein struggle in ways they hadn’t before. Even just carrying groceries from her car to her apartment could pose a challenge. She has since died.

“Growing old is not easy, but it’s nothing to be afraid of,” Colton said. “In this country, there’s a real fear of aging. People try to do everything they can to slow it down and prevent it out of fear. Spending [several] months in this community, it really taught me that there’s nothing to be afraid of once you get older. You just have to be prepared.”

They also realized that they will probably not have access to the pensions, Social Security and other benefits that the subjects of the documentary have.

“When you’re young and you’re voting, you don’t really know what to vote for,” Colton said. “You’re not voting for your future, per se. Sometimes you’re just voting for the now. It’s important for younger people to realize that, when they put someone in power, that person should be thinking about them in the future.” 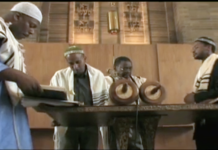 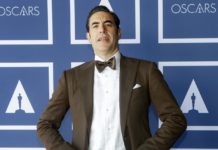 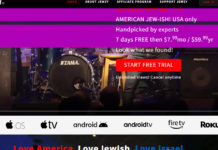