Faith leaders from the Philadelphia area who are dedicated to climate change decided to put their money where their mouth is.

Or, rather, where their foot is.

Two area rabbis and three pastors and ministers embarked on a 180-mile bicycle ride from Philadelphia to Washington, D.C., to speak with various senators and congressmen about climate change and environmental legislation.

It’s the first time the Pennsylvania chapter of Interfaith Power & Light (PAIPL), which organized the endeavor, had a bike ride kick off from Philadelphia. Another route that leaves from State College — where the chapter is based — has been established for a few years. Those riders will join the Philadelphia contingent in D.C. on May 16.

After a send-off at the John Heinz Wildlife Refuge on May 13, the five-person Philly contingent pedaled off for the first leg of their journey, which took them to Newark, Del.

Along the way, the riders met with different faith communities and IPL chapters.

The ride on May 14 took them 70 miles from Newark to Baltimore, where they stopped at the Churchville Presbyterian Church and Beth Am Synagogue, a block away from Reservoir Hill House of Peace, where they stayed.

“Everyone has been thoughtful, supportive, kind and generous,” said Rev. Alison Cornish, executive director of PAIPL. “This is what makes a trip like this so wonderful.”

For Rabbi Nathan Martin of Congregation Beth Israel in Media, who serves as secretary of PAIPL’s board of directors, fighting for environmental justice is nothing new. He helped organize events around the 2017 People’s Climate March in D.C., including sending a Philadelphia contingent, and has done several Jewish environmental bike rides with HAZON previously.

An avid biker for a good chunk of his adult life, Martin said this ride was exciting because it’s for a cause he’s passionate about and the interfaith aspect adds another element to it. The other rabbi is Meryl Crean of Wesley Enhanced Living Main Line.

“It just seemed to me like a really powerful statement,” Martin said, “of bringing different people of faith together to do something positive by getting on their bikes, by connecting with faith communities along the way and then bringing their voice to the halls of Congress and making their concerns known about climate change.”

While the riders are of different religious backgrounds, they care about the same issues, he said, and he’s enjoyed getting to know the other faith leaders he is riding with. It is easy in today’s world to be disheartened by the movement — or lack thereof — around climate change and protecting the Earth, he added.

“This is an issue that crosses age and religion and boundaries,” he noted.

He was looking forward to joining the State College riders in Washington and having the opportunity to meet with the legislators to say, “I just biked 180 miles to talk to you about our concerns and hear your perspective,” he said. “That can make a powerful statement.”

He also hopes the ride inspires others to take action in their own way, whether it’s within their own faith community or on their own.

“I hope that it can be a story that is people of faith doing something positive and engaging, not giving up, that it inspires them to take steps in their own lives and to really put their attention to this work of responding to climate change,” he said. “And primarily just to have it out there that we are really willing to put our bodies out there on the streets for this cause because it’s important, and hopefully that will make a statement in itself.” 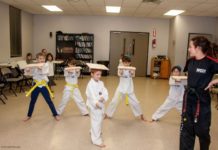 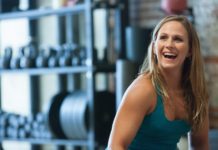