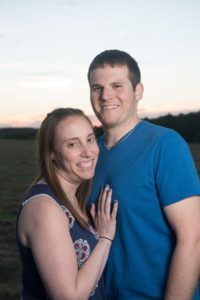 Sherie and Rick Abrams of Bensalem announce the engagement of their daughter, Lauren Danielle Abrams, to Brian Douglas Dietz, son of Beth and Steve Dietz of Feasterville Trevose.

Lauren graduated from CHI Institute with an associate’s degree in graphic design and graduated from Bucks County Community College with a certificate in medical billing and coding. She is a credentialed medical coding analyst who works for Temple University Health System and is a freelance graphic designer.

Brian graduated with an associate’s degree in photography. He is a human resources adviser at Icon Clinical Research.

The couple lives in Holland.  A November wedding is planned in Philadelphia.