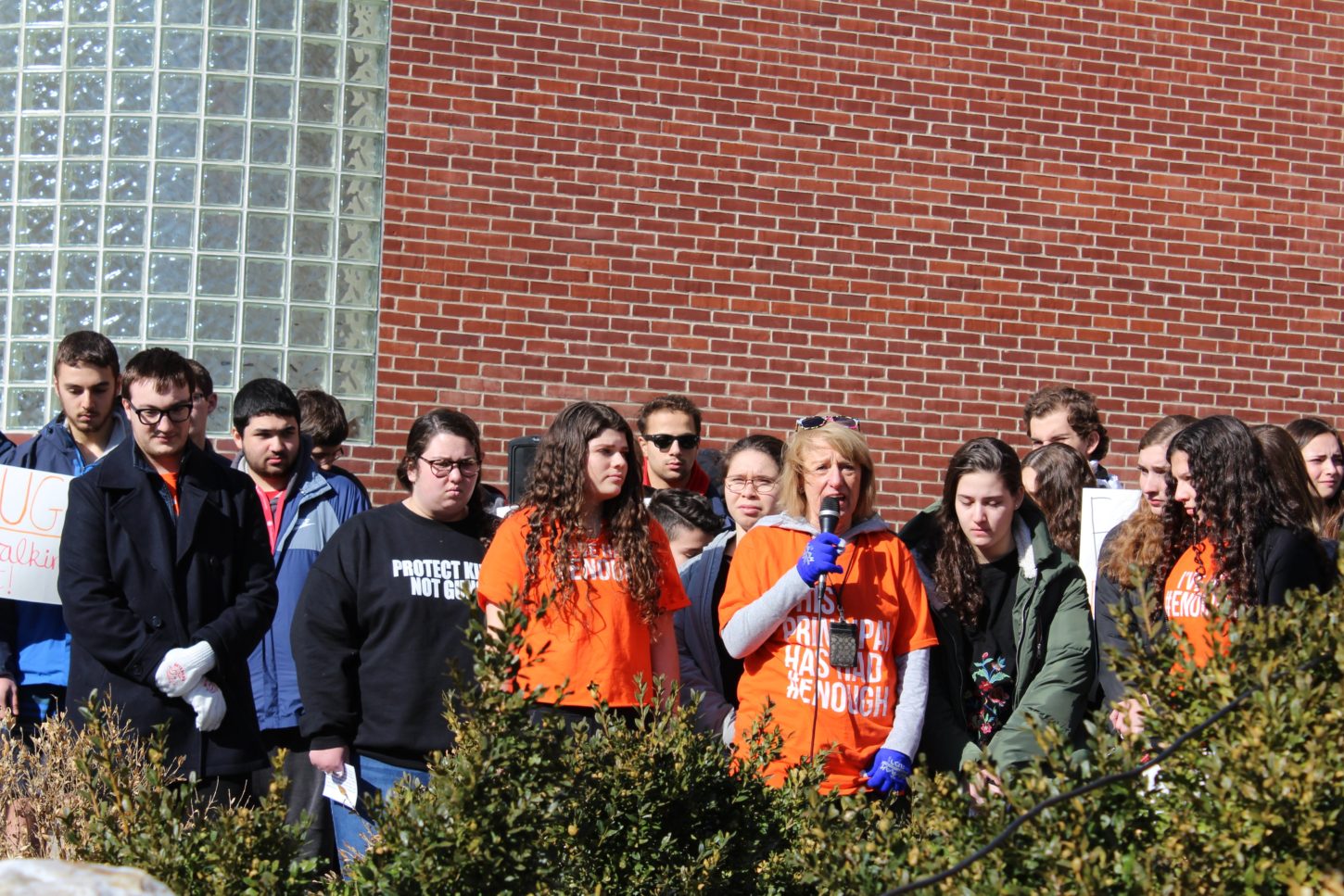 Having grown up alongside news of regular mass shootings, 17 deaths seemed like just a number to her.

That was what inspired her to act. She posted on Instagram that she planned to participate in the national student walkout on March 14. Soon after, Barrack 10th-grader Sophia Shapiro reached out to her to let her know that she wanted to participate as well, and the two began planning a walkout at the school.

Last Wednesday, at 10 a.m., most of the students at Barrack filed out of the school, just a fraction of the students from thousands of schools across the country who did the same. These students said they wanted their voices heard, and they didn’t want the country to move past and forget about yet another school shooting.

At Barrack, the walkout started with a moment of silence, followed by 17 people reading first-person bios of those who were killed in Parkland.

Cohen and Shapiro gave a speech, then invited students and faculty to come up and share their own thoughts.

“It’s just so often, all too often, tragedies happen, and people get fired up, and then it just fades away,” Cohen said. “The media stops focusing on it, and nothing ever changes. We don’t want that to happen again, and we want to keep this in people’s minds and not let people forget that. We want people to feel uncomfortable sometimes because that’s when change is made.”

The evening that Cohen and Shapiro decided they were going to participate in the walkout, they reached out to Barrack’s administration and found quick support. Cohen said they weren’t surprised by the enthusiasm that both faculty and students had in reaction to the news that the two were planning a walkout.

They created a 19-page Google Doc outlining what they wanted the goals of the walkout to be. Through Women’s March Youth Empower, they connected with students from 3,000 schools across the country in a conference call. They found it inspiring to hear students of different ages and backgrounds wanting to make a difference.

“This doesn’t end this week,” Shapiro said. “This doesn’t end today. We’re going to keep fighting for what we believe in, and use this movement that we’ve created to lobby for other topics and other important issues.”

At Abington Senior and Junior High schools, the student councils worked together to put a unique spin on the walkout by creating a video about school shootings.

Ben Ginsberg, a 12th-grader and student council treasurer, said that the students decided they wanted to do more than just a walkout. The point of the video was to raise awareness for the school shootings that have occurred since Columbine, and for students to take action.

The video starts with news clips of school shootings, continues with a tribute to those who have been killed, features statistics about shootings, and ends with a call for civic engagement.

When Ginsberg learned about the Parkland shooting from an alert on his phone, he was struck by how common the incident seemed. He spoke to his friends about the event, and they wondered: What if it had happened at Abington?

Ginsberg said he would like to see stricter gun laws and gun regulations, more safety awareness brought up in schools and a better system of tracking people with red flags.

Faculty organized activities that strove to balance allowing students to participate in the movement without excluding community members who might have different views on solving the issue.

Rabbi Jonny Gordon, the director of experiential education who helped organize the event, noted some community members were uncomfortable with the walkout because it was organized by the Women’s March, some of whose leaders have associations with or who were resistant to condemn the anti-Semitism of Nation of Islam leader Louis Farrakhan.

The programming began with 17 seconds of silence to commemorate the 17 who were killed. Head of School Rabbi Gil Perl then shared a passage from the Talmud about how, when a community suffers, even those who are not directly affected must try to feel that pain.

Afterward, students had the option of either participating in the walkout, writing or calling senators and members of Congress to ask for solutions to reduce gun violence and school shootings, or send letters of support to families, students and faculty in Parkland.

“By designing our program the way we did, we wanted our students to realize that true unity is understanding that not everyone from your community sees things in the same way as you do, and that’s OK,” Gordon said. “In fact, that difference of opinion is something to be valued.”

On March 20, Common Party — an organization that seeks to bring the country back together through celebrating commonalities — along with TableTalk Global and Bridge USA, organized town hall-style meetings across the country, including one at the University of Pennsylvania, which it called “walk ins” to encourage dialogue on the issue.

Talia Rosenberg, campus director of Common Party at Penn and a freshman, said the goal of the “walk in” is to provide college students, the opportunity to listen to people who have different viewpoints, instead of staying in their bubble.

A lot of people expressed interest in the “walk in,” Rosenberg said, including students who have connections to Parkland and want their voices heard.

Rosenberg said the point of the walkout is to keep Parkland in people’s minds. She was in middle school when Sandy Hook happened. It seemed horrifying at the time, yet a year later, most people had already moved on.

“This needs to be spoken about,” Rosenberg said. “We can’t forget that this happened. We can’t just move on. We need to try and work together to fix it.” 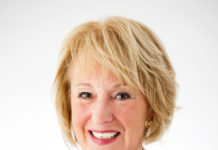 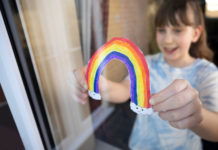