Jewish humor is said to stretch back to Talmudic times, when rabbis presented exaggerated situations to test the limits of the law.

The Jewish humor of today, however, comes from a more American tradition. Comedians such as Jerry Seinfeld, Jon Stewart and Sarah Silverman have used a certain self-deprecating sarcasm to skewer their own communities, while lampooning those in power.

Recently, every Jewish comedian’s Twitter lit up when Kayla Moore, Roy Moore’s wife, said the two couldn’t be anti-Semitic because they had a Jewish lawyer. Comedian Cory Kahaney said there was just a moment of recognizing the offensiveness of the situation before Jewish comedians jumped on the opportunity to find the humor in it. But that’s just Jewish nature.

“We can laugh about ourselves, which is great,” Kahaney said. “We’re a culture that’s really good at it.”

That same Jewish humor will be on display at Ocean Harbor Restaurant on Dec. 24 at the ninth annual Moo Shu Jew Show.

At the Moo Shu Jew Show  — produced by Kahaney and sponsored by the Gershman Y — attendees will have the opportunity to enjoy Chinese food while watching a line-up of three comedians: Moody McCarthy, Marla Schultz and Brad Zimmerman.

“Christmas Eve is always a gentile holiday,” said Zimmerman, who just finished a tour of his one-man show, My Son the Waiter: A Jewish Tragedy. “Now, we’re saying it’s not. It’s for everyone. This is our way of saying we’re going to create our own holiday on Christmas Eve. Instead of sitting silently, we’re going to laugh.”

Kahaney’s idea for the show came from similar Jewish comedy shows that take place across the country. She wanted to start producing one herself.

The name of the show also follows in the footsteps of these other Jewish comedy shows, such as Chopshticks. Kahaney’s grandmother served as an inspiration for the name as well. Whenever Kahaney’s family ordered Chinese food growing up, Kahaney’s grandmother had the same request — Moo Goo Gai Pan, no MSG. Kahaney knew that whatever the name was, “moo” had to be a part of it.

Philadelphia leapt out as an ideal city for this kind of show.

New York City already had plenty of events going on Christmas Eve for Jews, but Philadelphia at the time lacked entertainment for middle-aged and older adults, who might want to bring their teenagers along.

When Kahaney came to Philadelphia to meet with different Jewish organizations about sponsoring it nearly a decade ago, she had coffee with Nessa Forman, then the Gershman Y interim director. Coffee turned into lunch, and by the end, it was clearly a match.

“She really got it. She understood it,” Kahaney said. “She knew it was going to be a good fit for her audience.”

This year’s comedians each come from different backgrounds and have different experiences with Christmas. While McCarthy isn’t actually Jewish, but is married to a Jewish woman, Schultz recalls growing up in a Catholic cul-de-sac, and Zimmerman remembers the Christmases of his childhood as just another day.

“Most comedians call from their own life,” Kahaney said. “If that’s their experience, that’s probably what they’ll be talking about.”

This is Zimmerman’s second time performing at the Moo Shu Jew Show. He said he likes the concept, as well as the energy of performing for an audience that relates to his content, so he asked to come back.

Much like his one-man show, his stand-up draws on his personal experiences of working as a waiter and includes subject matter familiar to a Jewish audience.

“There’s going to be at least activity and a resonance for these people if you’re talking about stuff like food and like Jewish mothers,” Zimmerman said.

Unlike Zimmerman, this year’s show is Schultz’s first time performing at the Moo Shu Jew Show. She started doing comedy with Kahaney 20 years ago, and she likes performing on Christmas Eve, so when Kahaney asked, she said yes. Getting to eat Chinese food at the same time is just the icing on the cake.

“I like performing in front of Jewish audiences because I’m one of them, they’re one of me,” she said.

On years when she isn’t performing on Christmas, she gets invited to the homes of her childhood friends. She grew up in what she refers to as a Catholic cul-de-sac on Long Island and has memories of being invited to her neighbors’ homes to decorate their Christmas trees.

McCarthy spends Christmas with his family, but he sometimes does performances on Christmas Eve.

“I do a lot of Jewish shows, and I do really enjoy them,” he said. “In general, the Jewish culture really likes jokes.”

Schultz said that the Moo Shu Jew Show is an upgrade from the typical fare of a movie and Chinese food.

“Why would you miss out on an opportunity to not only eat Chinese food, but also have a great time and laugh your tuchus off?” she said. 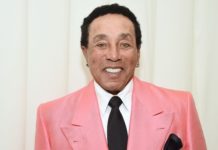 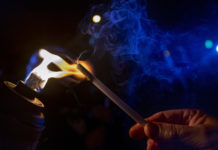 Assault Reported at Chabad of the Bluegrass Menorah-lighting 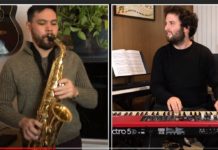