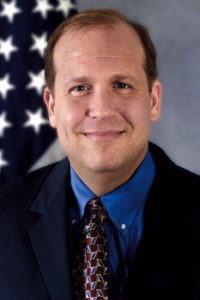 From statements of support to expressions of disbelief, the sexual harassment allegations against state Sen. Daylin Leach have evoked strong opinions from the Jewish community.

On Dec. 17, The Philadelphia Inquirer reported that eight women and three men have accused Leach, a congressional hopeful, of sexually harassing female co-workers. This includes alleged incidences where Leach either inappropriately touched women or steered conversations with subordinates into unwelcome, sexual territory. The article also said young women working for Leach were warned not be alone with him in an elevator.

Leach, who is known for his off-color comments and unapologetically liberal politics, denied the claims, saying in a statement that the allegations are politically motivated.

“Politics is, sadly, an ugly business,” Leach said. “And given the current atmosphere, these sorts of fishing expeditions into everyone’s pasts are likely to become standard.”

Requests for further comment from Leach were referred to his attorney, George Bochetto, who did not respond to the Exponent’s requests for comment. In comments to the Inquirer, Bochetto referred to the newspaper’s investigation as a “witch hunt.”

“He’s not a predator,” Bochetto said. “He’s not a hound dog. He is a very, very conscientious and decent public official that has not lost his sense of humor, despite his political career.”

The day after the allegations came out, Gov. Tom Wolf called on Leach, a member of his own party, to resign. That led Leach to release another statement, saying that while he would not resign his legislative seat, he would “step back” from his congressional campaign. He said he would cooperate with Senate leaders as they addressed the allegations.

Leach, a Jewish legislator and outspoken liberal from Wayne, was widely considered the frontrunner in the Democratic primary in the election for Pennsylvania’s 7th Congressional District. That seat is currently held by Republican Pat Meehan, but is considered a toss-up. It is also one of the most gerrymandered districts in the country.

Leach is just the most recent politician accused of sexual harassment. Beginning with allegations of sexual harassment and assault against filmmaker Harvey Weinstein, the #MeToo movement has encouraged both women and men to speak out against those who have abused power.

This is the case among some Jewish Democratic activists as well, for whom Leach had been a popular candidate. He was considered one of the most liberal politicians in the state. Leach, who had his Bar Mitzvah at Congregation Sons of Israel in Allentown, was also known for being outspoken and proud of his Jewish identity.

Several Jewish organizations have supported or endorsed Leach in the past, including Democratic Jewish Outreach Pennsylvania and J Street.

Democratic Jewish Outreach Pennsylvania declined to comment for this story. J Street responded by saying its PAC was withdrawing its support for Leach.

“It is the policy of JStreetPAC not to support any candidate that’s faced with credible allegations of sexual misconduct,” said Logan Bayroff, J Street director of communications. “Having learned of these allegations against state Sen. Daylin Leach, we are no longer supporting his candidacy.”

Jonathon Shapiro, chairperson of the Democratic Committee of Lower Merion and Narberth, said that while Leach has an off-beat sense of humor, he has never seen anything in line with what was described in the article in his dealings with Leach. He said he finds the motivation behind the allegations suspect.

“Daylin has been a champion of progressive issues and a spokesman for causes we as Democrats believe,” he said. “Knowing Daylin, I’ve never witnessed anything like what was described.”

Matt Goldfine, former field director on Leach’s 2008 state senate campaign, said he could confirm the allegations made against Leach.

“During the 2008 campaign, Senator Leach would sometimes treat female interns differently than male interns, and in ways that made me feel uncomfortable, including tickling them or hugging them excessively,” Goldfine wrote in a public Facebook post. “This did not happen once; there was a pattern of behavior that I believe was totally inappropriate.”

“I wish I had spoken up then, or at least confronted Senator Leach in the years following when I loyally supported him,” he wrote. “For me, and likely others, it is difficult to accept that a leader on women’s issues has mistreated individual women.”

Gregg Kravitz, a political consultant in Philadelphia, said that he believes the allegations, particularly because they have come from individuals he finds credible, such as Goldfine and Aubrey Montgomery, who told the Inquirer she had called out Leach about his inappropriate remarks, only for him to label her a prude.

He said that while the majority of Jews he knows involved in Philadelphia politics believe them as well, there are others whom he said “turn a blind eye” and question the political motivations of the people who have made the allegations because they agree with Leach’s politics.

“It’s unfortunate that it’s hitting really close to home here in Philadelphia with one of our own elected leaders,” Kravitz said. “I also think it’s really important that people separate Daylin the policymaker from Daylin the person and the professional.” 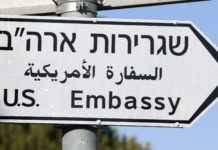 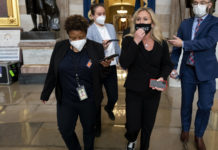