It’s beginning to look a lot like Christmas — well, at least the beginning of Dave Koz’s annual Christmas tour.

This year marks the 20th year of the tour and Koz has brought back the original musicians — pianist David Benoit and guitarist Peter White — in addition to trumpeter Rick Braun and vocalist Selina Albright to perform this round, which makes a stop at 7 p.m. on Dec. 3 at the Scottish Rite Auditorium in Collingswood, N.J.

There is a Chanukah medley, he promised, which includes performances of Adam Sandler’s “The Chanukah Song” as well as a song Koz wrote called “Eight Candles.”

Plus, you don’t have to celebrate Christmas to enjoy the music.

“I’m extremely proud of my heritage, but I don’t think the two are mutually exclusive,” he said, letting out a laugh when asked if he’s faced any backlash for being a Jew performing Christmas songs.

“You can be a proud Jewish person and also enjoy the feeling of Christmas,” he said. “It’s less about religion for me as it is about the feeling. Chanukah and Christmas and Kwanzaa, and the whole holiday [season] from Thanksgiving on, it opens up people in a way that is different from the rest of the year.”

And, he noted, many of the most famous Christmas songs were in fact written by Jewish composers. See: Mel Tormé, Sammy Cahn, Irving Berlin, Jule Styne and many, many others.

For Koz, who grew up going to a Reform synagogue, the tour is an opportunity to bring joy to people, a goal since its inception in 1997 even though it sprouted from a less joyful place.

Benoit was a guest on Koz’s syndicated radio show — a fitting medium for his rather soothing voice — and they were talking about having both recently lost a parent.

“We were commiserating about that and the experience and how we were going to deal with that,” Koz recalled during a rehearsal break ahead of the tour’s Nov. 24 opening in Atlanta. “It was his idea, he said, ‘Why don’t we work through our emotions in a proactive way through music? Let’s go play some holiday shows and make some people happy and make ourselves happy and remember our parents.’ And I said that’s a great idea. … That’s how it started, just as a way to kind of deal with our emotions.”

“The fact that we’ve been able to go and make music for people and bring some joy to people during the holidays — it’s an amazing thing to be able to do,” he said. “It’s our great pleasure and honor to be able to do that.”

He’s also released an album in celebration of the milestone, Dave Koz & Friends 20th Anniversary Christmas, which features such tunes as “Feliz Navidad” and “Winter Wonderland” and guest vocalists like Jeffrey Osborne. A portion of the proceeds from the tour and album will benefit the Salvation Army’s “Do Good” campaign to help hurricane survivors across the United States.

Collaborating with Braun, Benoit and White is a key piece to Koz’s entire career since he started playing the saxophone in seventh grade and his older brother eventually let him into his band. He played one gig and was hooked. It eventually led to more than a dozen albums following his 1990 debut, which he never imagined.

“Here I am … almost 30 years later, making music, dabbling around and playing the saxophone,” he said in disbelief. “It’s the strangest thing ever.”

Collaboration has brought him together with many artists he’s long admired, such as Stevie Wonder, and contemporary ones like India Arie and Trombone Shorty. Collaborating with different artists and various genres of music has allowed him to stretch his musical muscles beyond his jazz and pop roots.

For instance, he’s also featured on the Foo Fighters’ 2017 release, Concrete and Gold.

“That’s the beauty of the saxophone is that it can fit into just about anything,” he said.

But his connection to the band is even more familial. He’s actually the godfather of Foos frontman and general rock god Dave Grohl.

“I know that’s a strange thing to say,” he acknowledged with a laugh, “but it’s true.”

A “psycho fan of his,” his dream collaboration would be Sir Elton John. However, he noted, he’s grateful for the opportunities he’s had thus far and the places the saxophone has brought him, which now also includes an original movie.

If you don’t catch him on his New Jersey stop, you can find him on the Hallmark Channel Dec. 10 as he makes his debut in Sharing Christmas, in which the script actually dictated the lead characters go to a Dave Koz Christmas show. He said that was a bit surreal.

“An actor I am not, so it was pretty nerve wracking for me to actually deliver lines as well as play, but I loved it,” he said. “When these things happen they make me scratch my head and say, ‘How the heck did that happen?’ But I’m very excited about it.”

For Koz, the significance of the tour’s milestone year makes his work even more impactful — even with a grueling schedule of performances six nights a week.

“I love being on the road during this time of year,” he said. “I’m very proud of this new album we get to share with people, so this is really a great experience for all of us every year, but this particular year I’m taking stock of it because very few things in life last for 20 years. So this one is going to be a special one.” 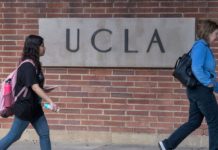 UCLA Opens Center for Music of the ‘American Jewish Experience’ 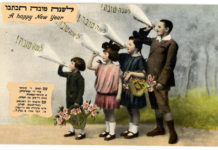 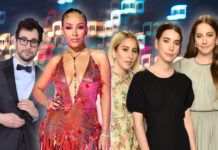