When you hear the word “matchmaker,” a certain tune probably pops into your head.

But Danielle Selber, Aleeza Ben Shalom and Michal Naisteter are here to remind you that matchmaking is still prevalent today — if not more so.

Nowadays when people try to find themselves a partner, they can simply open an app or two (or five or 10) and swipe through potential matches, learning tiny, innocuous tidbits about the other person like “I like to travel” or “I like dogs.” Established online dating sites like OkCupid have joined the ranks with apps like Bumble and Tinder.

But sometimes, instead of feeling like you’re giving yourself early arthritis by swiping so much, wouldn’t you rather have someone do the matching for you?

Enter: the Yentas. (No, really, their WhatsApp group chat is called “Yentas.”)

Selber, Ben Shalom and Naisteter each have a background in matchmaking in various arenas. Ben Shalom runs her own dating coaching and mentoring company, the Marriage-Minded Mentor. Naisteter is a matchmaker with a Los Angeles-based company, Three Day Rule, which came to Philly in May 2016. And Selber works as assistant director of Tribe 12 and also serves as its in-house matchmaker, which includes holding events for Jewish singles in their 20s and 30s.

At some point, their work intersected. (Naisteter had heard Selber on a podcast when she moved back to Philly and sought her out, and Selber and Ben Shalom had met when the latter was a Tribe 12 fellow and launched her business.) They figured, why not work together?

Over the summer, they met monthly at Trail’s End Cafe in Bala Cynwyd to share best practices in dating and matchmaking, exchange resources like podcasts and discuss the latest trends they’ve read about.

“We all kind of feel like we’re doing our own thing and our own world, and to have another perspective is like, ‘Oh that was great!’ or ‘That was so helpful,’” Ben Shalom said, nestled in an armchair in the cozy cafe. “It’s like having a business associate and a colleague to speak with or work with” — “And to vent with,” added Naisteter — “and to share successes and frustrations.”

“We see each other not as competition but as collaborators,” offered Selber, noting they share referrals to one another depending on what the person is looking for and which of them would be able to help best.

The three Philly natives — Naisteter spent four years in Colombia before moving back to Philly — complement their meetings with a fun activity together. On a recent Thursday, the normal meeting day, they were heading to a bingo night afterward.

“We keep each other informed of who, what, where, when of Philadelphia and Jewish singles,” Ben Shalom said.

They help each other solve problems that sometimes just need an outside perspective. Selber planned an event that ended up being successful but also labor-intensive, and when she was looking for solutions of what to do next time, Naisteter suggested making the events simpler.

“She gave me an idea of exactly what to do and I was like, ‘Oh, right, I can just do that.’ It was so obvious,” Selber laughed.

“It’s not like talking to a boss or a coworker,” Naisteter said. “There’s no competition. It’s just, I want to help you and give you an idea if you do it, OK, and if not it’s all right. But the idea is just support. … A matchmaker is only as good as their network, I would say.”

For them, the work they do is nothing new. But its popularity in the modern world strikes a different note.

The app world can be overwhelming, Ben Shalom noted. She believes that matchmaking and dating coaching is trending.

“Ten years ago, 20 years ago, if you talked about matchmaking and dating coaching, I don’t think it was as much of a thing,” she explained. “People, I think, are more likely now than ever to say ‘Yeah, I want a matchmaker, I want a dating coach, it’s time. I need help dealing with this, I don’t want to be alone anymore and I don’t want to deal with the process by myself.’”

People can miss having an actual person involved, Selber added, “somebody in between who can either vouch for the person or can vet the person for you or just help you navigate those waters.”

For Jews in particular, while there are Jewish-focused apps like JSwipe and JDate, the practice of matchmaking is rooted in their history.

“This is a new approach that’s incredibly traditional at the same time,” Naisteter said. “That’s also why matchmaking in the Jewish community is so great because it’s not foreign to them.”

The rise of popularity in seeking out a matchmaker is also linked to another popular concept in Ben Shalom’s eyes: love.

As they strive to help others find The One — Ben Shalom’s tagline is to help singles “get over their dating hurdles and under the chuppah” — they navigate changes in dating. For instance, there is a new emphasis on the other person’s politics — the 2016 presidential election changed a lot about dating, they acknowledged — but most importantly, they do it together.

“We should support each other because it’s hard out there in whatever you’re doing,” Naisteter said, “and I really believe that women should cultivate an overall support because there’s so much working against us in this society that can pit us in whatever way.”

As they reflected on their relationships, Selber said, “I’m really shocked that neither of you have asked her if she’s single yet,” signaling one reporter’s cue to end the conversation and run. 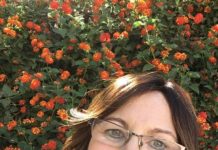 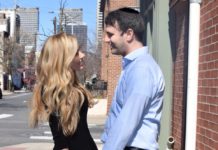 Jewish Dating in the Time of COVID-19