The prime minister of Israel won’t be in attendance when Cheltenham High holds its 50th class reunion Nov. 4 at the DoubleTree Hotel in Plymouth Meeting, but at least 100 of Benjamin (then known as Ben) Netanyahu’s fellow classmates should be.

They’ll listen to the music of their generation, reminisce about the good old days, proudly show off pictures of their children and, in many cases, grandchildren, and travel back in time.

That’s what reunions are all about. As much as we cringe looking at those pictures back when we had full heads of hair and were filled with hope, there’s a certain fascination looking at ourselves and others and seeing how our lives turned out.

Dan Seltzer just wished then he knew what he was signing up for when he was CHS class president.

“They did not tell me it was a lifetime job,” laughed Seltzer, who orchestrated this reunion and all its predecessors. “But it’s been fun working on it, though some of the meetings were 75 percent socializing and 25 percent work. When you throw a party, you want it to be good. I’m hoping I’ll be extremely happy to have seen a bunch of people I haven’t seen in years and maybe reestablish some friendships that have drifted. And when it’s over, I guess I’ll feel a little relieved.”

For most of the people who show up at a reunion, the work is already done. They’re just there to mingle and have a good time. They have no clue what went into making it possible.

“We’ve had one every five years, but this year no one else stepped up to the plate to do it,” said Mark Simon, the brains behind George Washington High School’s 50th reunion, which occurred Oct. 7 at Bala Golf Club. “There were about eight to 10 people who helped out. We had about 85 coming from a class of 587, but it was absolutely fantastic.

“We probably had our first meeting about a year ago, then had a meeting once a month at somebody’s house or a restaurant. If you make it too large, then it’s hard to make decisions because everyone wants a say. I assigned jobs: centerpieces and signs, decorations, badges, etc. My first thought was we should just tape our names on our foreheads and look for each other.”

Bala was also the site for Overbrook High School’s Class of ’57 60th reunion on Oct. 22. That one came about when Irene Kohn was having lunch last year with a couple of her classmates.

“They put me in charge,” said Kohn, a retired teacher. “I was working with a spreadsheet from out 50th [reunion] and was able to locate about 200 people and send out invitations. The problem is I’m a procrastinator, so I didn’t get them out as early as I should have.”

That’s what Steve Schwartz realized last year when he staged a reunion for those who had belonged to the Norristown Jewish Community Center before it merged with Tiferet Israel in Lansdale and Bet Israel to become Tiferet Bet Israel in Blue Bell.

Once he started posting about the reunion on Facebook, it made a world of difference — so much so that the 60-year-old Schwartz plans to do it again in a year or so.

“It was a smashing success,” Schwartz said. “Joining Facebook generated a lot of activity. We picked the right day to have it, just before Shabbat. We had cooked dinner Thursday night and charged each family $18 for dinner. After dinner, we reserved an hour for people to reminisce. Then we went around and handed out parts for services because the rabbi and cantor were away that week.

“It had been 20 years since they merged. People told me afterward, ‘I thought it was a crazy idea, because who would want to relive their Hebrew school days? I can’t believe you pulled it off.’”

No one knows whether there will be a next one for the Cheltenham Class of ’67, with members in their late 60s. A sobering reality they’ll note is that 45 classmates are now dead.

“We’re doing a plaque for them,” said Carol Alsberg Siegel, who selected the DoubleTree because it was a place for classmates from outside the area to stay, while suiting other reunion needs. “For everyone else, we’re having something informal on Friday where people can stop by and have a drink and socialize.

“Saturday night is the reunion, then Sunday there’s a brunch, which is included for hotel guests and open for anyone else from the class. I’ve been on the committee for every reunion we’ve had, and it’s been fun.”

They also came from far and wide for GW, which was in its infancy when the Class of ’67 graduated.

“It was a new school,” Simon said. “We were the second class to come in as eighth graders.

“Mike Kaplan, who won awards as a costume designer in Hollywood for Star Trek, was in the class, and there were plenty of doctors and lawyers. I’d say we contacted about half the class. We had people coming from the West Coast and Hawaii. When you analyze it, people who had a lot of friends in high school, people who’ve been successful in life, they show up.”

That is, after all, the whole point of reunions.

“We just want to celebrate the fact that we’re here and that this is a special moment — a once-in-a-lifetime event,” Seltzer said. “And we’ll still have our website up for three years or so afterward so people can post pictures and send emails. But I still find it hard to wrap my mind around that we’ve been out of high school 50 years.” 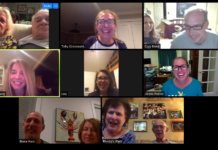 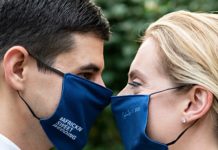 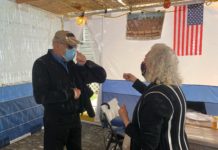