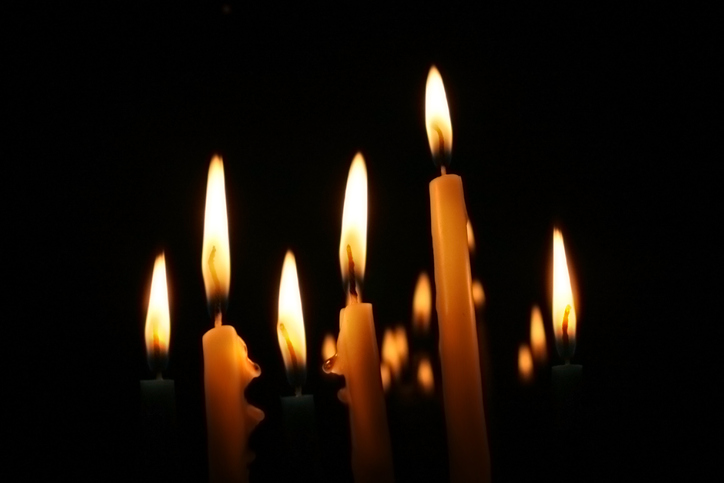 The countless hours spent learning and practicing your Torah portion.

The late-night anxieties parents experience as they double check they’ve called the caterer and decorators for last-minute changes.

The payoff of becoming a Bar or Bat Mitzvah in front of all your closest friends and family — before they chuck candy at you.

Preparing for a Bar or Bat Mitzvah isn’t easy, but once you’re off the bimah and riding the sugar high of dozens of Shirley Temples, it all comes together.

But there is one other element of the important event that shouldn’t be overlooked: a Bar or Bat Mitzvah project.

These teens found unique ways to complete their projects by working with organizations that were meaningful to them and, importantly, let them play with some puppies.

Justin Oser has always loved animals, so volunteering with Dog Town Rescue in Montgomery County was a natural fit for his Bar Mitzvah project.

Justin became a Bar Mitzvah in June 2017 and was able to present the organization with a $500 check after he — in addition to playing with the puppies — sold lip balm to family and friends.

He created a website for the product and volunteered his time to the animals.

“I always loved working with animals, so I wanted to help them,” the Pennbrook Middle School seventh-grader said. “I walked them, fed them, played with them — kind of whatever they needed.”

His mother, Debbie Oser, volunteered with him, as he was under 12 years old at the time.

“I saw that he was just very loving and caring toward [the animals]. He knows dogs at rescues or at certain pet stores, that they’re waiting to be adopted and are always kept back behind closed doors, or in a cage or behind the glass, etc., and he’s always had sensitive feelings toward that,” she said. “So I would see him just be happy hugging the dogs and playing with the dogs, just being fulfilled that he was able to give them some playtime and love.”

He also previously convinced his family to give some love to their own dog. After plenty of pleading, the Osers relented and brought home Chester, a shih tzu who will be 3 next month.

“It’s because of Justin,” Debbie Oser laughed. “He would kind of hock us and bother us — he really, really wanted a dog.”

Volunteering with the organization and completing his mitzvah project taught Justin “to give back and help others.”

“Just knowing I was helping the animals,” he said of the most rewarding part, “and they could get out of the cage and I could help them and play.”

“It was a wonderful experience for him,” Debbie Oser added. “I was very happy that he was able to help Dog Town Rescue because they go out of their way to try to help as many animals as they can and they’re just great people, so for Justin to be able to help them as well as fill his heart helping the animals and getting to give them a little bit of love, I thought it was a great experience.”

For Noah Goldstein, his Bar Mitzvah project came about by accident — though his mother, Debra Goldstein, notes she doesn’t believe in coincidences, especially with this project.

When going to pick out invitations for his June 2017 Bar Mitzvah, they found one company, Checkerboard Ltd., whose design is made especially for the Jewish Foundation for the Righteous (JFR). The organization provides financial support “to aged and needy non-Jews who rescued Jews during the Holocaust and preserves their legacy through a national education program.”

“The sample invitation for what we were looking at had the blurb about the JFR and my mother and I read it and we instantly knew that was kind of what we wanted to do for my project,” recalled Noah, a Garnet Valley Middle School student.

Through JFR’s Bar/Bat Mitzvah program, participants are “twinned” with a righteous gentile who hid and thereby saved Jews during the Holocaust. Noah was twinned in October 2016 with Wladyslawa Dudziak, whose family hid and saved Rozia “Rose” Bieman in Poland.

He developed a relationship with JFR Executive Vice President Stanlee J. Stahl who, in November 2016, invited Noah to the JFR’s annual gala in New York to recite the Motzi.

“It felt very special to be able to be part of the twinning program with the JFR and it felt extra special to be one of the chosen people to sing the Motzi at the dinner that kind of celebrates the great deeds that the righteous people made during the Holocaust,” Noah said.

He began fundraising for the organization, launching a GoFundMe effort with the goal of raising $18,000 in honor of chai, and corresponding with Rose Bieman and her family, including husband Micha Golan and four children. The story about Noah’s project and link to his GoFundMe can also be found on the JFR’s homepage.

They belong to Congregation Beth Emeth in Wilmington, Del., but his Bar Mitzvah took place at Robinson’s Arch in front of the Western Wall in Israel. That’s a significant place for his Bar Mitzvah as Debra Goldstein’s late father, Herschel Israel Frankel, is buried on Har HaZeitim — and he was joined by some special guests.

In addition to his family, Noah became a Bar Mitzvah before Rose and her family.

“It made it more memorable due to my Bar Mitzvah project, and having the woman who was saved by the righteous to come and witness my Bar Mitzvah really felt good,” Noah said.

For Debra Goldstein, there were no coincidences with this project.

Prior to leaving for Israel, Noah’s school had an assembly in which a Holocaust survivor who was saved by a righteous gentile, Ruth Kapp Hartz, spoke about Stacy Cretzmeyer’s book about her, Your Name is Renée.

The luncheon after Noah’s Bar Mitzvah was held at Confederation House in Jerusalem, which they later learned was founded by Kalman Sultanik, who survived several concentration camps and was a former vice president of the World Jewish Congress.

“We were meant to see that invitation, to find the JFR,” Debra Goldstein said. “Noah being lectured at his public school by someone who was hid and saved by a righteous — that was meant to be. And we had no idea that when we went to the restaurant, when we booked the restaurant for the luncheon, the Confederation House, that had some connection to the Holocaust, and it just really felt meant to be.”

For Noah and his family, continuing the work with JFR is important, even post-Bar Mitzvah.

The GoFundMe page remains active, and will remain so until he reaches his $18,000 goal. As of publication, he’s hit more than 50 percent with $9,254 raised. They continue to exchange emails and photos with Rose and her family and cultivate their relationship.

“Our whole family was incredibly moved from start to finish,” Debra Goldstein said.

“It really took me by surprise because when I stepped into the invitation store, I would never think that I would step out with the start of a path that would leave me with a relationship that I will never forget.” 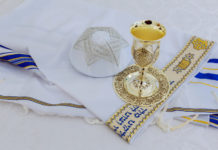 Opinion | Gavri’s Bar Mitzvah in the Time of COVID-19