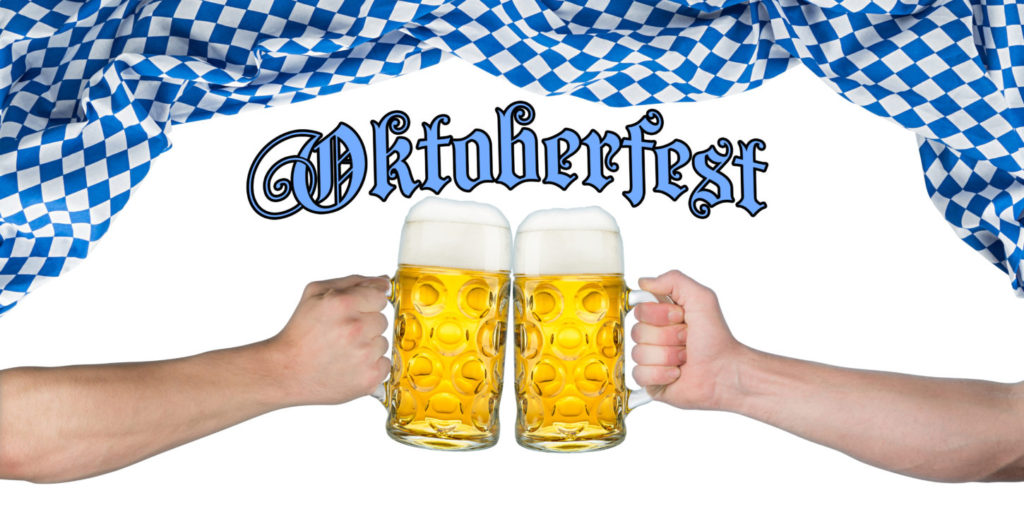 I’ve never been one to celebrate Oktoberfest, the annual beer festival held every fall in Munich and many other places around the world.

But my husband and son went apple picking in early October and afterward visited the Victory Brewpub in Downingtown. In addition to enjoying a swell lunch, they brought home a bunch of interesting local beers.

We sampled the brews, some of which came in liter bottles, and were quite strong and filling. In some instances, we did not finish the entire bottle, but I loathe wasting these pricey ales. I began experimenting with them in the kitchen and produced some solid results.

There are no hard and fast rules about which beer to use in the recipes.

I would avoid fruit-flavored brews like cranberry lambic or pumpkin ale unless you are making pumpkin cake or cranberry beer bread.

And, of course, if you despise the taste of the beer in the bottle, there is a chance that you won’t enjoy it in the recipe. But cooking and baking mellows the flavor quite a bit and provides the dish with a mild kick of tartness that works well year round, but especially with many autumn dishes.

I tossed this together for dinner last night because I had a flank steak that I pulled out of the freezer and a half bottle of beer lying around. 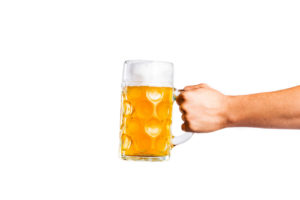 However, the recipe would work just fine with any cut that can be braised — stew meat, pot roast, chuck roast or brisket would be delicious with the preparation. Larger, thicker cuts would need to braise for a longer time, but the beauty of this dish is that you can’t really overcook it.

The longer the meat sits in the liquid, the more tender it becomes and the more flavor it absorbs. And even if you “overcook” it, the meat will simply fall apart into shreds, so no harm done.

2 pounds flank steak, or other meat suitable for braising

12 ounces beer (I used a Belgian-style Witbier, but any brew will do)

In a Dutch oven, heat the oil and sauté the onions, garlic and carrots until fragrant, about three minutes. Add the salt and pepper, and stir to blend.

Place the meat in the pan and sear it on all sides.

Add the liquids and bring them to a boil. Cover and place the pot in a 300-degree oven.

Check the meat about an hour into cooking and turn it over. When the meat is fork tender (normally two-plus hours, depending on thickness) place the potatoes and sweet potatoes into the braising liquid. Note: If the liquid is drying up, add equal parts beer and stock.

There should be enough to submerge the potatoes and come at least halfway up the meat. Cover and return the pot to the oven for another 30 minutes, or until the potatoes are cooked through.

Remove the meat from the liquid and slice it against the grain, then return the slices to the liquid. If it shreds, don’t sweat it; the meat will still be flavorful and tender. Serve with a simple green salad and plenty of crusty bread to dip in the pan juices.

Many versions of this soup come in a smooth puree, but I prefer a chunky version, which seems more in keeping with the rustic feel of the dish. It is hearty and warming, perfect for fall as the days become chilly.

½ teaspoon salt (or more to taste)

In a large soup pot, melt the butter and sauté the onions. When fragrant, add the carrots and potatoes and sauté for about three minutes to sweat the vegetables.

Add the beer, stock, salt and pepper. Bring it to a boil, then lower the heat to simmer.

Cover and simmer for about 40 minutes until the potatoes and carrots are very soft.

Add the cheese and stir it to melt.

This salad dressing works on basically anything — I tossed it on simple baby greens with chopped heirloom tomatoes and sliced cucumbers. It would complement a salad that integrates sweeter flavors as well — apples and caramelized onions or beets. And if there is extra, it makes a great marinade on chicken, fish or beef.

Mix all ingredients and toss over salad as desired.

This basic chocolate cake presents a wealth of options.

You can top it with ice cream, fruit or fresh whipped cream. Or double down and make the chocolate beer sauce shown below.

A note on the beer choice: I used a Belgian-style Witbier because that is what I had on hand. Chocolate Guinness cake is a classic; a dark porter or stout would add a deeper flavor and color. I would avoid bitter ales or very light lagers for this recipe, but most any robust brew would do the trick.

Heat your oven to 350 degrees and grease a 9-inch round cake pan.

Sift the flour, cocoa, soda and salt into a mixing bowl. Add the remaining ingredients and beat until well blended.

Pour the mixture into the prepared pan and bake for 30 minutes, or until the cake springs back to the touch.

Cool and serve as desired.

This is definitely a grown-up chocolate sauce. It has a depth of flavor from the beer, and is not overly sweet. That said, it is delicious. We used it to drizzle over the cake above along with vanilla ice cream. What’s not to like?

In small saucepan over medium, heat the butter and cream. When the butter is melted, add the beer and allow it to heat up again. Do not boil it.

Remove the mixture from the heat, add the chocolate chips and then cover it. Allow it to sit for about five minutes.

Using a whisk, mix well until the chocolate is totally melted and the consistency is uniform. Set it aside for at least 10 minutes to allow the sauce to thicken. Serve as desired.