As Arthur Lehrfeld was escorted to his seat, he noticed a couple of women in the adjoining chairs.

“Are you sitting me next to these chicks?” he chirped.

That was the scene Oct. 12 at Brandywine Living at Dresher Estates, where they celebrate everyone’s birthday. But this one was special.

After all, the “chicks” — Bertha “Birdie” Dash and Esther Kaplan — will turn 103 and 100, respectively, within the next week. Lehrfeld hit the century mark Oct. 3. And Lillian Moss, who was unable to attend the festivities, is 108.

“Last May, after they had the Montgomery County Centenarians lunch, I started going through all the birthdays and realized we have three of them here in October,” said Rachel Kaufman Schatz, escapades producer at Brandywine Living. “I thought, ‘That’s huge. We have to have a big party.’ So we decided to join them all together with Lillian, who turned 108 in September.

“In this horrible world, where all these terrible things are happening, isn’t it nice to have something to celebrate?”

The honored guests were flattered but can’t explain why they’re still around.

“God knows,” said Dash, a former fashion illustrator for a number of publications who continued to paint well into her 90s. “He took care of me, I guess. I’m still here, but I’ve lost everyone else. So there are good things and bad things.”

“I don’t know,” replied Kaplan, who was a bookkeeper in New York, before moving to Willow Grove in 1997 after her husband’s death to be near her daughter. “I didn’t do anything special, just live normally. I don’t know why they’re making such a big fuss.”

Her daughter, Sherry Kelman, said her mom and the others deserve the fuss.

“She always had a young attitude,” said Kelman, who indicated that she and numerous relatives will return to celebrate her mom’s actual 100th birthday on Oct. 22 with a family celebration. “She never thought of herself as old. She bowled into her 80s and lived on her own until she was 95 and never complained. I’m hoping I have her genes.”

Ryan Lehrfeld said he hopes his 11-year-old son, Kyle, has the same appreciation for his great-grandfather as he does.

“My grandfather loves to talk about baseball and used to take me to Phillies games,” said Ryan Lehrfeld of the former Penn Fruit grocery manager who was going to the gym until he was 90.

If nothing else, it beats the alternative.

“I feel like I’m 100,” Arthur Lehrfeld said. “I have good days and bad days, but I realize how lucky I am to have a great family, good genes and friends.” 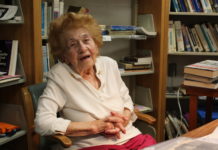 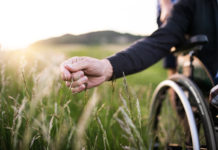 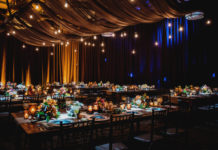