Are researchers getting close to discovering a cure for cystic fibrosis? That’s a question Emily Kramer-Golinkoff asks herself every day.

With the help of her organization, Emily’s Entourage, she’s hoping a solution is in sight.

By last year, Emily’s Entourage raised $2 million, mainly through individual donors and other large gifts. Now, it’s up to $3 million.

Considering the nonprofit began in December 2011, that’s a steep number. But Kramer-Golinkoff emphasized the continuous rise in funding stems from the urgency of the disease.

Cystic fibrosis patients have a life expectancy of about 40. Kramer-Golinkoff is 32.

At 6 weeks old, Kramer-Golinkoff was diagnosed with the progressive genetic lung disease. Thick mucus accumulates in the lungs, leading to difficulty breathing, infection and poor digestion.

But the Bala Cynwyd resident has a rare form of the disease, the Ashkenazi mutation, which hasn’t seen the same progress as the rest of the cystic fibrosis community.

“People realize that what we’re doing is really big,” she said. “We have amazing researchers on board, and there’s also a lot of urgency, and people have really responded to that.”

In July, the nonprofit distributed $1.4 million for five research grants across the globe to use over the next two years, and another round of grants will be announced this month and dispersed next year, which was supported by the organization’s Catalyst for the Cure Campaign.

This is the largest group of awards Emily’s Entourage has ever allocated.

“We scoped out what we thought was most important and who we thought was best to do it,” she said, “and made sure their goals were aligned with our goals, as opposed to advancing science for the sake of science. We’re really therapeutic-oriented.”

That’s at the core of every project Emily’s Entourage funds, with the goal to speed up therapeutic development and treatments for cystic fibrosis patients.

The research they are piloting is innovative and structured — and personal, as Kramer-Golinkoff donated millions of her own cells to spur research — to find a cure.

“The nature of science is that it is very methodical and, from the perspective of a patient with an advanced disease, [it’s] painstakingly slow,” she said.

While the standard goes that researchers provide annual reports, “we can’t wait a whole year to hear how things are going,” Kramer-Golinkoff said, so she made herself part of the process. Data is exchanged at a rate of every six months.

“There’s an open dialogue, a back-and-forth,” she added.

They’ll use scientific strategies to build upon one another. The first strategy concerns building a foundational toolbox and providing cell models of the Ashkenazi mutation. That’s where Kramer-Golinkoff comes in.

Other strategies focus on the functionality of the mutation, identify drug-like molecules that target cystic fibrosis mutations, investigate a therapeutic approach to rehydrate airways, and repair the production of the complete protein at the root of the disease.

“We want all the tools that people could need to be right at their fingertips,” she said. “Our goal is lifesaving breakthroughs for people with nonsense mutations with a focus on the Ashkenazi mutation. It’s up to us to try to coordinate all the different researchers to give us a chance of achieving that.”

While there have been advancements in recent clinical trials that would address underlying and game-changing effects for about 90 percent of the cystic fibrosis population, Kramer-Golinkoff remains in the 10 percent that would not benefit from these breakthroughs due to her two copies of a nonsense mutation.

“The Ashkenazi mutation is being left behind. I’m watching as many of my CF friends see their lifesaver on the horizon,” she said, “and I’m still watching on the sidelines because there’s nothing in development for people like me.”

Cystic fibrosis is an invisible disease, Kramer-Golinkoff noted. Even for those aware she has it, it can still remain deceptive.

“I can’t tell you how many times I am having a tough day, I’m dealing with a bad lung infection … and I’ll run into someone and they’ll be like, ‘You look great! Everything’s good, right?’ And I’m like, to myself, ‘Not exactly!’

“I look perfectly healthy and yet I have 35 percent lung function. I have [an] advanced-stage disease,” she said. “This is serious.”

For patients like Kramer-Golinkoff — she’s part of the one in 24 Jews who are carriers of the Ashkenazi mutation, according to the Jewish Genetic Disease Consortium — the clock is ticking.

“Time is really of the essence,” she said. 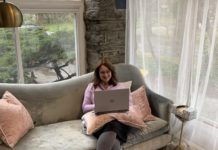 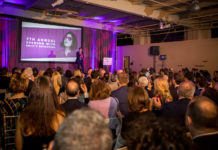 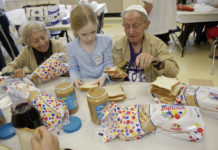 Study: American Jews Are Older, Whiter, More Liberal Than Country as a Whole