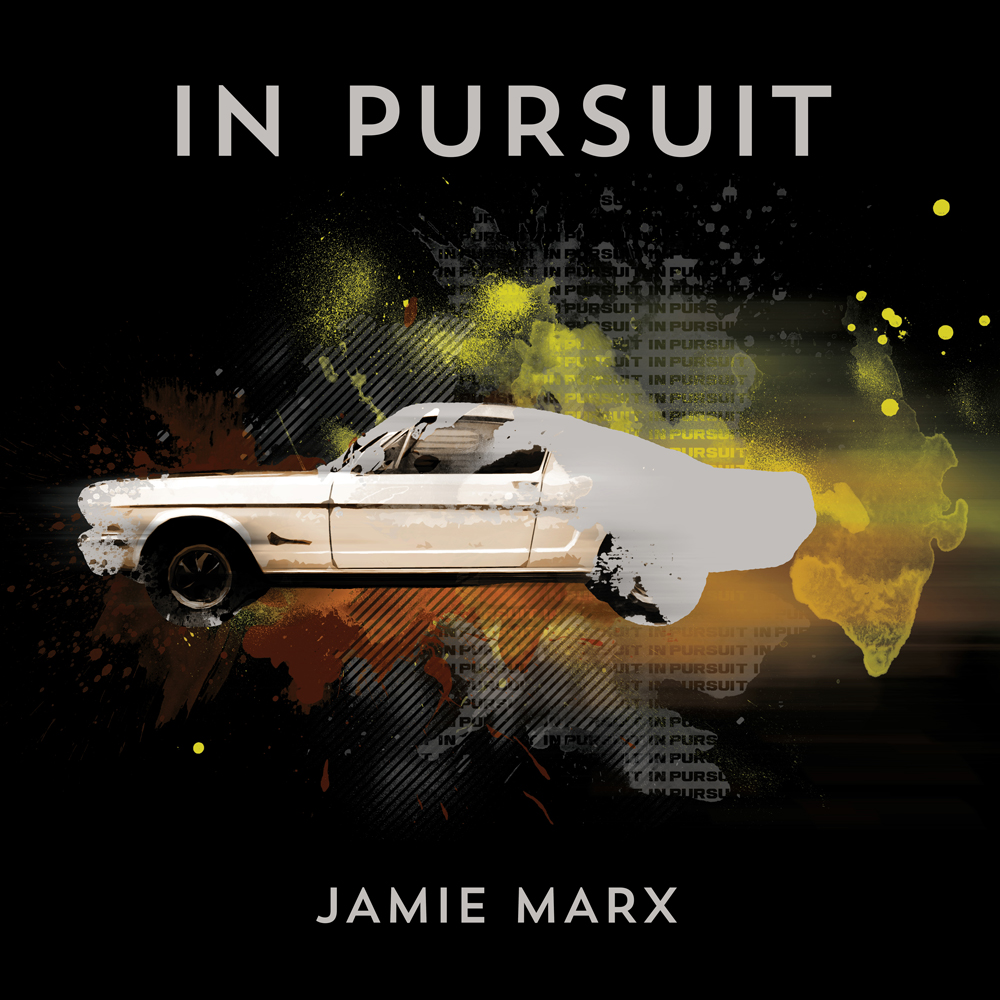 For those about to rock, Cantor Jamie Marx salutes you.

Marx, cantor at Temple Sholom in Broomall, grew up listening to bands like Stone Temple Pilots and Green Day, and the influence of hard rock has influenced his love for Jewish music as well — enough so that he has released a Jewish hard rock album, In Pursuit.

The EP, which came out on Sept. 5 and is available on iTunes and Spotify, includes original songs as well as new arrangements of liturgy with a hard rock flavor.

“I felt that there was room to interpret the liturgy and the emotions that our prayers reflect through hard rock in a way that was authentic and meaningful and true to the text,” Marx said.

The album name nods in part to the quote, “Tzedek, tzedek, tirdof,” or “Justice, justice you shall pursue.”

“The other goal I had in mind was to write hopefully really good rock music,” he said, “so I felt the title really spoke to both goals, just as a great title for a rock album and also as a kind of subtle nod to our texts.”

He recorded the six-song EP at Morningstar Studios in East Norriton where he worked with a producer to create rock-fused arrangements for the songs.

“I had never translated my music into arrangements for rock bands before,” he noted. “I’ve written classical pieces and kind of folk-style tunes for the synagogues but not full band arrangements … so that was a new approach for me but it was great to learn.”

For him, Jewish music and rock are a perfect fit.

For his senior recital while at cantorial school at Hebrew Union College-Jewish Institute of Religion, he arranged a traditional setting of hazzanut from the Rosh Hashanah liturgy and wrote it as a duet for voice and electric guitar rather than a piano accompaniment.

“It talks about the moment of revelation, smoke covering a mountain of booming voice and ear-splitting sounds of the shofar and the people being terrified. It says even the angels are terrified. And I thought, how do I convey that with this melody and standard piano or organ accompaniment?” he recalled.

“I included that on my album. I rerecorded it with a wonderful guitarist and it comes across a little differently but with that same authenticity of emotion that you find in the words.”

Leading up to the album’s release, he created a blog series and invited others across the Judaism spectrum and family and friends to share stories of how rock ’n’ roll and Judaism connected for them.

People wrote stories about moments of connection with U2 and Aerosmith and Bruce Springsteen.

For him, it was a Green Day concert at Madison Square Garden a few years ago.

Standing with 21,000 fans singing along with the band, high-fiving strangers and dancing together created a feeling of connection between the audience and the band that he noted is not dissimilar to a Shabbat service.

“We want the congregation to connect to each other, to connect to us, to find joy and excitement and energy and uplift in the music,” he said. “There was even a moment where Billie Joe [Armstrong, lead singer] tells everyone to put their phones down. He says, ‘We’re having a moment right now, put your phones away and be in the moment, be alive with me.’

“It’s literally a Shabbat sermon —  just with a lot more colorful language perhaps,” Marx laughed, “but it’s literally a sermon right there that any rabbi or cantor would give, to connect and be present in the moment with joy and worship, and that’s the magic of it.”

The songs were influenced by liturgy as well as personal back stories.

He wrote the song “These Things Will Happen,” for instance, after a colleague died very young quite suddenly.

While at a conference after, he was reading a text from Ecclesiastes that said “There is a time for everything.”

“I thought, how unfair is that? How awful, that this person that I know dies very suddenly and very young and leaves behind this tragedy, and we’re supposed to read one of our sacred texts and it says, ‘Well, there was a reason for it.’ And you’re like, what reason could possibly make this worthwhile? So I wrote this song out of that moment. The sense of powerlessness that we feel in times of tragedy, it’s a human experience to find things that are just unfair about life and a deep challenge to figure out why they had to happen that way.”

Though there is a hint of positivity in the text as well, he added, through the line, “Therefore do good with your life.”

He will perform a concert in November, and he hopes that people who come will find a spark of spirituality through the music as well as a communal connection as they would at any concert.

But more simply, he added, “I hope they think it rocks.”