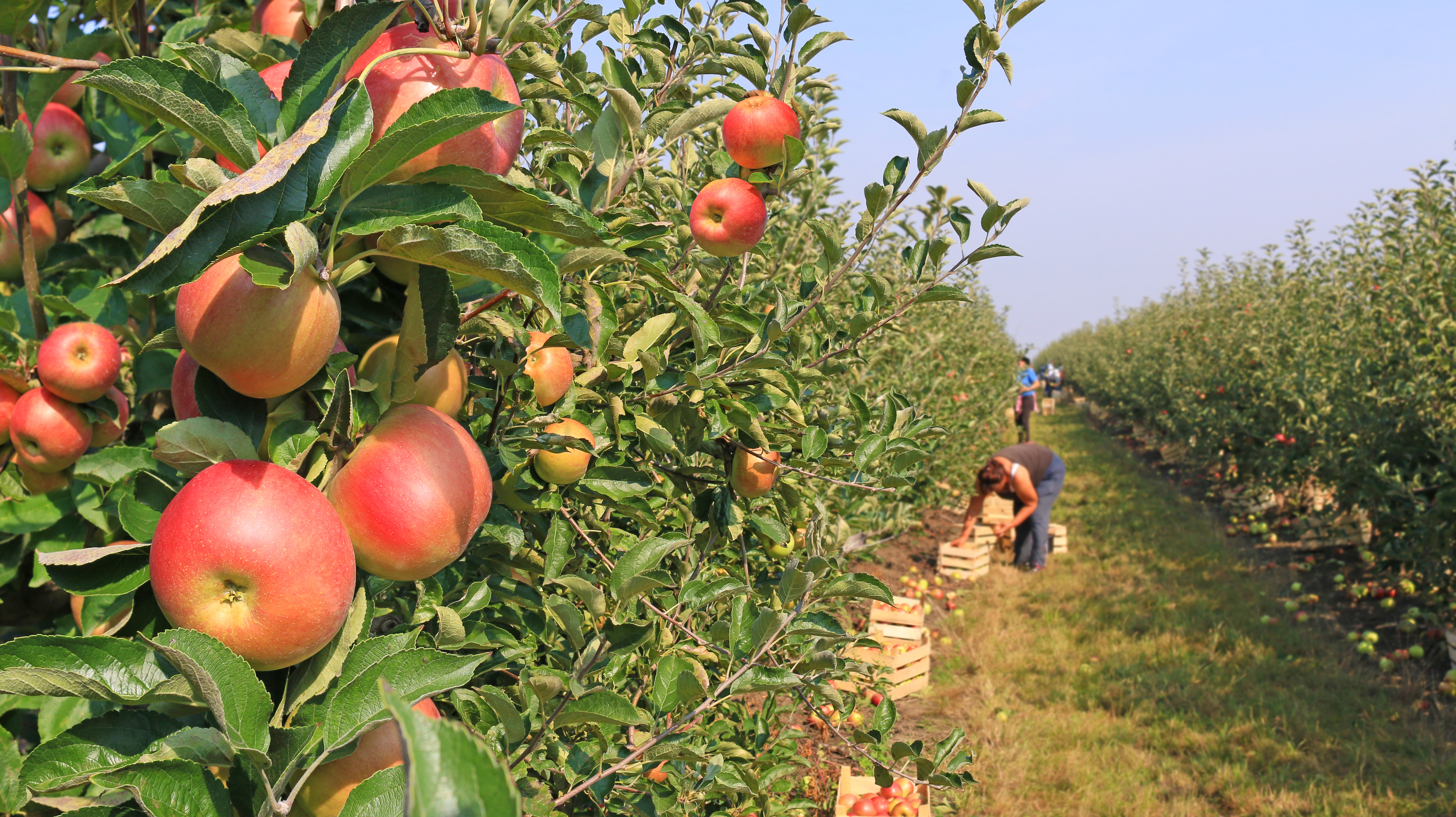 The signs indicating the season of pumpkin spice are appearing.

No really, literal signs. Coffee chains are advertising the return of the signature fall latte. A recent visit to Target had a friend shaking his head in disgust when he saw a tank top that said “Pumpkin Spice Everything.”

But no matter your feelings on pumpkin spice, fall is coming, and there is one staple fall activity many orchards in the area are ready for: apple picking.

As Rosh Hashanah is fast approaching, you may be checking your calendars for a good weekend to head out and pick your own holiday treats.

With that in mind, here are a few ideas of what’s in season and will go best with that bowl of honey.

At Shady Brook Farm in Yardley, fresh Galas and Honeycrisps are ready to be plucked from the trees.

If you want to pick your apples for Rosh Hashanah, it’s best to go sooner rather than later, advised Produce Manager Brian Smith. Whether you’re baking an apple pie for dessert or dipping slices in honey, there are plenty of varieties to satisfy your needs.

For honey-dipping, Smith recommends a more tart apple to contrast with the sweetness of the honey.

“With honey you could use more of a milder apple or even a tart apple like a Granny or Cortland,” he said, “because you’ll have the sweetness in the honey for a mixture of the sweet and the tart.”

For baking something like a pie, he recommends a mixture of equal parts of Golden, Granny Smith and McIntosh apples.

Smith, whose favorite apple is the Honeycrisp, recommends visiting the farm sooner before the apples run out and keeping your haul in the fridge, especially so they keep for the holiday.

The season will continue as more varieties come in and the farm gears up for some fall fun — including wagon rides and pumpkin-picking as well as its annual HorrorFest, which begins at the end of the month and continues until Halloween.

Similarly, Alecia Smith, who works in the produce department of Linvilla Orchards in Media, recommends a tart apple, like a Jonathan, for honey-dunking.

“They’re great eating apples and they have a crisp kind of bite to them,” she said.

Not too far from Philadelphia, Linvilla Orchards is often a hot-spot in the fall — especially once pumpkin-picking starts.

For now, they have plenty of fruits to pick on your own, including seven varieties of apples.

They get about 27 varieties that they grow throughout the season, Alecia Smith said.

As far as baking, she recommends using a mixture — but stay away from Red Delicious apples, as they don’t hold as well when baked.

“Rather than sticking with just one apple, get a whole bunch of different flavors in there,” she said, “some mushy or some soft, some crispy apples.”

A little further out in Mohnton, Brecknock Orchard has seven varieties available for pick-your-own — and 30 more coming, noted Andrea Martin, whose husband, Daryl, owns the farm.

For Rosh Hashanah purposes, she recommends either Gala or Honeycrisp apples.

“Gala is just a really good all-purpose apple,” she said. “Dipping it in anything really, honey or caramel or anything like that, is just great.”

If you’re looking to bake, she said any of the seven apples they have now would work but be mindful that Honeycrisp can be a little juicy.

She is looking forward to the fall season, which will be chock full of festivities, including applesauce-making demonstrations “to let people know how easy and how delicious homemade applesauce really can be,” she said.

“We’re making caramel apples and apple cider doughnuts and, of course, apple cider from apples is a real treat,” she added.

For cider and applesauce, she recommends a blend of apples to create more flavor.

“It’s kind of like people,” she said. “We all have our different strengths and we can complement each other in our different personalities when we all are blended together, and it’s that way with apples and applesauce and apple cider. If you mix our recommendation of at least five different kinds together, it just makes a much better tasting applesauce than if you use all just one kind.”

What’s the staple in her family applesauce recipe?

“I think that’s a secret to making the best applesauce when you include that one,” she said. 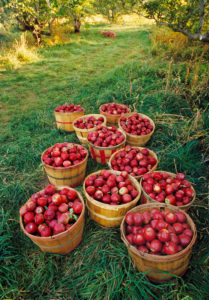 Here are a few appealing (apple-pealing?) recipes provided by some Philadelphia bakeries:

Preheat your oven to 375 degrees. Grease a large baking dish. Core and halve the apples. Toss them with sugar, cinnamon and red wine in a bowl. Transfer the apples to a baking dish and arrange the halves to be flesh side up.

Add the dry ingredients into a bowl. Add the wet ingredients. Mix until there are no lumps in the batter. Mix together the apple mixture. Layer batter, apples, batter, then more apples. Bake at 350 degrees for one hour in a 10-inch tube pan or until a pick comes out clean.