Chabad of Delaware County has found a new home — one that isn’t in its directors’ house.

The Chabad, which has been active for about two-and-a-half years in Broomall, previously conducted events at the home of Rabbi Tzvi and Rikki Altein. Starting with the upcoming High Holidays, however, the center will have a dedicated space at 580 Reed Road in Broomall, behind the Lawrence Park Shopping Center, Tzvi Altein said.

“We used to rent space at the Haverford Reserve for the High Holidays,” said Altein, describing his new 1,600-square-foot space.

Formerly an MRI facility, the new learning center will be used full time for classes, a Hebrew school, a monthly Shabbat dinner, other Jewish programming and, of course, religious services.

Congregants are in the process of converting the site from many small rooms to a larger sanctuary area and spaces for classrooms, offices and a kitchen, said the rabbi. “The hardest part was the MRI room itself — there was a lot of metal shielding that had to be removed.”

When completed, the sanctuary will be able to seat about 80 people comfortably, with room for an additional 20 to 30 during the High Holidays.

Congregant Richard Cohen of Ardmore has lent his construction background and tools to aid in the demolition work, which is ongoing.

“A group of us have an interest in having this thing succeed,” he said, noting that the Chabad center has allowed him to better connect with his religion than other synagogues. “We’re just looking for something a little more exciting and personable.”

Altein’s been actively raising money for the renovation, but noted that the bulk of the cost still needs to be raised.

Anywhere between 10 and 150 people have attended Chabad of Delaware County events, Altein said. He expects up to 100 people will attend High Holidays services. He noted that there’s no cost to attend.

Chabad of Delaware County draws the bulk of its participants from Broomall, Havertown, Newtown Square and Media, with a few from Springfield, Haverford and nearby areas.

Having to hold events in Altein’s living room has kept some would-be participants away.

“It was always delightful to go to their home, but it wasn’t what we were looking for,” congregant Mark Sklar of Berwyn affirmed. “We have grown into this, and this is a major first step.”

Sklar said he hadn’t actively practiced Judaism for years, but the personable feel helped draw him back in.

“I feel more part of a family than just a member of a synagogue,” he said. “I’m retiring in 30 days, but I’m just beginning with my religion.”

Jack Todes, who originally is from South Africa, expressed a similar sentiment.

“The model for Chabad, which has been proven time and time again, is for a rabbi to start in a living room” and grow from there,” the Broomall resident said. “This is critical to the development of Chabad in our area.” 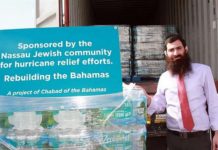 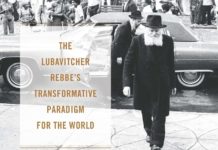 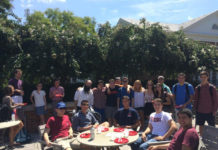