The man who flashed a middle finger to Congregation Beth Solomon’s security cameras before urinating on its walls has turned himself in to police.

The incident took place at the Northeast Philadelphia synagogue on Sunday at 12:30 a.m. Following his actions, the man ran down the synagogue steps, then drove off in a white four-door sedan.

He turned himself in alongside his attorney Tuesday night, reported CBS Philly.

According to Jeremy Bannett, associate regional director of the Anti-Defamation League (ADL), that first charge is particularly significant.

“It’s very important he was charged with ethnic intimidation in particular, because that falls under the hate crime statute in Pennsylvania,” Bannett said. “To vandalize a religious institution with anti-Semitic intent is pretty clearly a hate crime.

“Hate crimes have an outsized impact because they’re not just directed to the victim of the crime but to the base of that institution’s entire community. Ethnic intimidation has enhanced penalties to address that.”

Following two previous incidents of vandalism at Beth Solomon within the past nine months, to go with the Mount Carmel Cemetery vandalism where no suspects were ever charged, Bannett is encouraged.

“We know police investigated this extremely seriously and swiftly, and we’re very grateful for their commitment to pursue any individual who engages in anti-Semitic or bias crimes,” he said. “Hopefully, people who see him [Dzhalilov] being charged with ethnic intimidation will know the City of Philadelphia takes these sort of crimes very seriously, and hopefully they’ll think twice before committing one of their own.”

The ADL reported a 56 percent rise in reported anti-Semitic incidents in 2016 over the previous year which adds to Bannett’s concern.

“It’s more often than not you see people more surreptitious in their vandalism,” said Bannett, referring to Dzhalilov’s blatant actions in full view of security cameras. “But people are feeling emboldened now to express anti-Semitism in more public brazen ways.” 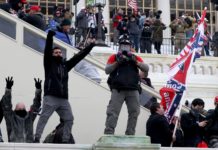 When It Comes to Denouncing White Supremacists, Words Matter 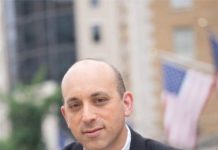