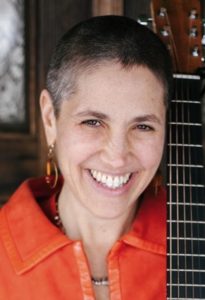 Jessi Roemer was named cantor at Society Hill Synagogue. The Washington, D.C., native, who received her ordination from the ALEPH Cantorial Program in January, has performed, led services and taught workshops throughout the country and Israel over the years. She has led children’s services at the synagogue for many years.

Roemer’s also written and performed several of her own compositions. Prior to joining the synagogue, she was a cantorial soloist at Congregation Leyv Ha-Ir in Rittenhouse Square, prayer leader at Congregation Kol Tzedek in West Philadelphia and director of Ezuz, a musical ensemble that plays Jewish world music.