President Trump, as our nation’s “disrupter in chief,” has a particular genius for discovering problems where none exist. Case in point was his surprise triplet of tweets on July 26 announcing that he is banning transgender Americans from the military. Where did that come from, and why?

It does not appear that the ban was urged by military leadership. Indeed, reports indicate that the announcement caught the top brass by surprise. And the armed services are awaiting guidance from the White House about what should be done with transgender personnel who are currently serving in the military. It has been said that until the Pentagon gets an official word beyond a presidential tweet, the status quo remains.

This is how Trump sees things: “Our military must be focused on decisive and overwhelming victory and cannot be burdened with the tremendous medical costs and disruption that transgender in the military would entail.” Really? Of the roughly 1.3 million Americans in uniform, there are a reported 6,300 or so transgender fighters. Transgender-transition-related health care costs the country between $2.4 million and $8.4 million. That’s out of a $50 billion annual health care expense. Not to put too fine a point on it, the Pentagon is reported to have spent $41.6 million on Viagra in 2015.

The response to Trump’s announcement was strong and bipartisan, and almost all negative. “There is no reason to force service members who are able to fight, train and deploy to leave the military — regardless of their gender identity,” said Sen. John McCain (R-Ariz.), whose years as a war prisoner of the North Vietnamese Trump once ridiculed. “We should all be guided by the principle that any American who wants to serve our country and is able to meet the standards should have the opportunity to do so — and should be treated as the patriots they are.” We agree.

There are 18 countries where transgender people serve openly in the military. This decision would have the United States part ways with Australia, Britain, Sweden and Canada, as well as Israel, which welcomes transgender citizens in uniform.

But there is another, more fundamental reason to be concerned about the new policy: Not everyone wishes to serve in the military. The president himself is a good example. And so our national defense depends upon the sacrifices of volunteers. If there is good reason not to include a particular applicant, that choice should be made on the merits. That’s the way it has always been. But the categorical exclusion of otherwise qualified personnel because of their “transgender status” is contrary to everything we strive to stand for as a country of equal opportunity and merit, is offensive and is totally unnecessary. 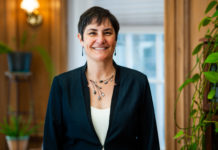 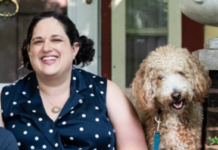 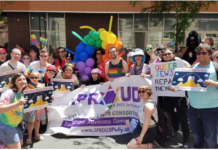