With no room at a crowded table, “The Process” will begin this year in Israel for Jonah Bolden, the 6-foot-11-inch second-round draft choice of the 76ers.

After signing a three-year contract with renowned Maccabi Tel Aviv, which gives him the option to leave after one season, the athletic forward from UCLA by way of Australia — who spent last season playing in Serbia — is hoping to demonstrate that he’s got what it takes to make it in the NBA.

Following a strong showing in the Utah and Las Vegas summer leagues, where he demonstrated his shot-blocking ability, long-range shooting skills and overall athleticism, Bolden’s brimming with confidence as he heads to a team that’s won 51 Israeli championships and six European Cup titles.

Jonah sees it as a whale of an opportunity.

“I feel like I did well in Summer League,” Bolden said in an email interview. “It was a good experience, and I definitely showed the 76ers what I can bring to the table. I want to continue to work on all aspects of my game. Improve my post game, continue to work on my shooting and try and place an emphasis on getting to the basket. They are planning to use me in multiple ways. I have versatility, and they like that a lot.

“I knew how great of a club Maccabi is and that they have a very proud history. I grew up dreaming of playing in the NBA so, of course, that’s always going to be the goal. But I am going to embrace this experience and make the most of it.”

Likewise, Maccabi’s thrilled to have him.

“We’ve been following Jonah for the last two years, and he has always been one of our top prospects,” Maccabi Sports Director Nikola Vujčić said. “We tried to recruit him during the season, but he wanted to apply for the NBA draft. … I’m sure he will continue his progress, help Maccabi to reach our goals and come back to the NBA ready to be an important player in Philadelphia’s rotation.”

Right now, though, the Sixers’ roster is full, which is why the team is letting Bolden, 21, develop in Israel while maintaining his rights. It won’t hurt that Maccabi coach Neven Spahija of Croatia spent the past three seasons as an assistant for the Atlanta Hawks and knows the NBA game.

As for Bolden, who has ties to Sixers coach Brett Brown through his father, Bruce, who played in Australia at the same time Brown coached there, he’s looking forward to immersing himself in Israeli culture.

“I just spent four days in Tel Aviv, and although I didn’t get to see much, it seems like a great place,” Bolden said. “My main focus is basketball, but I know that when my family comes to visit me I will try and get out to see some of the historical sites. I definitely want to visit Jerusalem and swim in the Dead Sea. I have some Jewish friends, and my agent is Jewish.”

That would be Daniel Moldovan, a fellow Aussie, who’s known Bolden virtually all his life. He also knows Brown, who served as his mentor about 20 years ago, before Moldovan went to work in the NBA offices in New York. Eventually, he became an agent.

Bolden will put his trust in Moldovan in terms of deciding when to make the jump to the NBA. For now, he wants to focus on the task at hand.

“The goal is to win it all,” adding that he’ll let his agent handle other details. Of the Sixers, he said, “I’m sure they will come over and see me a few times during the season. The goal is to be in uniform for the 76ers next season.” 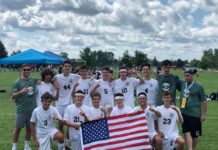 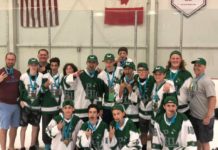 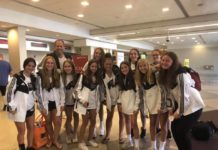 Coach: Maccabi Is ‘My Favorite Week of the Year’