The research and statistics are in, and the message to Jewish legacy organizations — those longstanding community institutions that historically have held fast to the status quo — is loud and clear: To be viable into the 21st century, the template must change.

Synagogues, Jewish federations and other organizations are already facing a perfect storm of societal shifts as the sheer number of non-Orthodox Jews continues to plummet and millennials trend toward a new paradigm of customization and personalization.

A new report by the Jewish People Policy Institute has shown that marriage trends in the non-Orthodox Jewish community reflect those of the general population, and are poised to have devastating effects on membership in traditional Jewish organizations. Non-Orthodox Jews are marrying later and are having fewer children. Moreover, intermarriage rates are soaring, exceeding 70 percent in the non-Orthodox community.

Because marital status and parenting “is closely tied to levels of Jewish engagement,” and because the intermarried statistically are far less likely to raise their children as Jewish than the in-married, legacy institutions necessarily will be looking at a dwindling pool of potential members and donors.

“Like global warming, the recession in most forms of American Jewish organized life outside of Orthodoxy is already underway,” wrote Steven M. Cohen, research professor of Jewish social policy at Hebrew Union College-Jewish Institute of Religion, in an upcoming paper, The Shrinking Jewish Middle — and What to Do About It.

“Low Jewish birthrates combined with high rates of intermarriage are producing fewer non-Orthodox Jews with moderate-to-advanced education and cultural skills to allow for knowledgeable participation and leadership in Jewish life,” Cohen explains. Even if the future size of the non-Orthodox population remains stable, those non-Orthodox Jews who engage in Jewish life will decline, “with direct adverse consequences for the entire organized Jewish communal infrastructure outside of Orthodoxy.”

But low numbers is just one problem facing Jewish legacy institutions. The other is a rising demographic that finds little or no relevance in many of the services and programs provided by these organizations.

Needed in its time and place

The legacy institutions of the 20th century served worthy and definite purposes, helping Jews transition into life in America, developing the Jewish body politic, establishing the State of Israel and advancing the concept of Jewish peoplehood, explained Rabbi Irwin Kula, president of CLAL, the National Jewish Center for Learning and Leadership.

“The role religion played was to help us assimilate in America,” Kula said. “That’s why synagogues look like churches. They were designed by the same architects. The building of the synagogues had nothing to do with religion; they were about integrating into America.”

But now that Jews have successfully assimilated, legacy institutions need to reevaluate their missions, Kula stressed.

“We know from the data — the [2013] Pew study — that 93 percent of Jews are proud of being Jewish,” Kula said. “But the legacy institutions say that’s not real pride because they are not participating the way we want them to. And 84 percent of Jews say that Judaism is important in their lives. So, Jews don’t need legacy institutions to feel that Judaism is important.”

Legacy institutions must begin to “reimagine” themselves, Kula said. “And it’s hard for them to do.”

Many legacy institutions “almost certainly won’t and should not be” part of the Jewish landscape in the next 30 to 40 years, predicted Rabbi Danny Schiff, the Jewish Federation of Greater Pittsburgh’s Foundation scholar.

The challenge to old-school organizations to maintain relevance is not unique to Jewish institutions but extends to American society more generally, said Jonathan Sarna, a professor of American Jewish history at Brandeis University.

“People are much less interested than they once were in broad, multi-purpose institutions like federations and so on, and much more interested in narrowly-based institutions whose purposes and success they can discern and measure,” Sarna said.

Specificity of purpose speaks to the millennial generation, agreed Rabbi Mike Uram, executive director of Hillel at the University of Pennsylvania and author of Next Generation Judaism: How College Students and Hillel Can Help Reinvent Jewish Organizations.

Uram has spent countless hours talking one-on-one with hundreds of college students about their Judaism and the types of Jewish programming that interests them. Millennial Jews, by and large, want the same type of specification and customization in their Jewish experiences that they want in other aspects of their lives, he found.

“Someone described millennials as the ‘my way, right away, why pay?’ generation,” Uram said. “I’m 41 years old. When I was in college, we all got together in the dorm lounge and watched Friends and Seinfeld before we went out to parties on Thursday nights. No one in college is getting together to watch TV now, other than sports. They are all watching the same shows, but not in the same room. They are streaming them on their phones or on their laptops; they are binge watching, so they are out of sync with each other.”

In addition to a customization mentality, Uram said, research has shown that “millennials are the least trustful generation of any generation since Pew has been doing research.”

The upshot, Uram said, is that “millennials don’t trust group think, they don’t want large, umbrella generic things. They want to be co-creators in their experiences and in what they consume, and they want to feel like it’s just for them.”

To preserve Jewish institutional involvement going forward into the next century, the community must first confront the challenges posed by high rates of intermarriage, according to Cohen. Community resources, he said, must be spent on increasing the opportunities for Jews to connect with other Jews, thereby increasing the likelihood that they will marry each other, have Jewish children and engage in organized Jewish life.

“While the organized Jewish community has (properly) responded to rising intermarriage by investing in Jewish education (day schools, camps, Israel travel, campus activities, and more — all of which are linked with higher rates of in-marriage), it has never explicitly adopted a policy of strengthening Jewish social networks among adolescents and Jewish young adults,” Cohen wrote.

Perhaps just as important as focusing on the number of Jews, though, is figuring out how best to serve them in a rapidly changing world.

“The first challenge is for the people in charge of legacy institutions to be painfully honest about the services that are working for them,” Kula said.

The large, umbrella “macro communities” constructed by legacy institutions are antithetical to the types of programs and services that resonate with many millennials, Uram said.

“Legacy organizations tend to favor macro communities — how many people can we get to join, or show up or become members or to donate? — when what millennials want is highly customized, small, intimate gatherings, that tend to have much more rigorous Jewish content,” Uram said. “One of the ways legacy organizations can re-invent themselves is not by making a binary choice between the macro model and the more micro customized model, but to find a way to do both at the same time.”

It would be a mistake, however, for legacy institutions to “pretend that what works for just 20 percent of Jews,” works for everyone else, he said.

Uram suggested that legacy organizations “begin to experiment with models that function in the micro community way, with customized, intimate, smaller Jewish experiences where the organization brings those experiences to people where they live, work and play,” while at the same time, maintaining longstanding services to those for whom they still resonate.

“We launched a second Jewish organization called the Jewish Renaissance Project (JRP) that operates as a shadow brand [to Hillel],” Uram said. “Just like you have GAP, and Banana Republic and Old Navy, we thought, ‘Why should there just be one brand of Hillel?’”

The JRP has “created these little pockets of 15 to 20 people with similar interests,” he said. “They meet weekly and do Jewish study and Jewish leadership development. We pay them, and they create Jewish life for their friends.”

For Schiff, the particular models of institutional programming will be secondary to the larger issue of discerning what Judaism has to offer in terms of contending with a rapidly changing world.

It’s having “relevant, important significant things to say about those challenges that will make organizations relevant. The really big challenge is: Where is the core focus of human life in this age headed, and therefore, what are the things Judaism needs to say that will be important enough to galvanize people of whatever age to be involved in Jewish life?”

Schiff is working on a book on the direction of 21st century Judaism examining contemporary questions Judaism must address to remain relevant going forward.

“Just one question that we need to start grappling with is, how do we, as human beings obviously coming from a Jewish perspective, incorporate that in a responsible way into our lives that still maintains our humanity?” Schiff said.  “If we don’t have any answer to that question, how relevant are we?”

Toby Tabachnick is a reporter with The Jewish Chronicle, an affiliated publication of the Jewish Exponent. 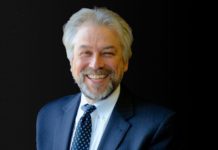 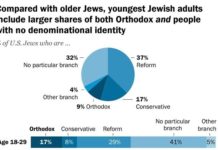 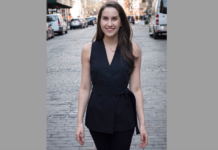