By Jeff and Virginia Orenstein

A visit to Chattanooga is an opportunity to experience history.

The Nashville and Chattanooga Railroad reached Chattanooga in 1854. A decade later, the town’s railroads would be embroiled in the Civil War, both a strategic pipeline and target of the battle between the North and South. Battles in and around Chattanooga were decisive in the defeat of the Confederacy and the eventual end of the war, and railroads played a prominent part in both.

When the war ended, the railroads in the region, as well as Chattanooga itself, were in shambles both physically and financially. As the 19th century progressed, recovery in this “gateway to the South” proceeded apace and brought a railroad revival that carried commerce once again to the growing city and linked it with Atlanta and points north.

The Tennessee Valley Railroad Museum, 6 miles from downtown, operates more-than-100-year-old steam locomotives pulling vintage passenger cars and gives riders a realistic taste what it must have been like in the Golden Age of railroading. One of its routes tunnels under Missionary Ridge, the site of a major Civil War battle.

To get a good sense of the carnage that took place around Chattanooga in the 1860s, a visit to the Chickamauga and Chattanooga National Military Park Visitors Center or Lookout Mountain is a must-do for visitors in search of history.

Contemporary Chattanooga is an interesting city to visit with a bustling and revitalized downtown riverfront and an excellent aquarium, a good art museum and, of course, the Chattanooga Choo Choo complex named after the 1940s song made famous by Glen Miller.

The Tennessee Valley Railroad Museum and the battlefields require a car for access.

Before you go, check out:

When you are there for a short trip:

If you have only two or three days:

Must-sees for a short stay are:

If you have several days, enjoy:

Dress for riding the train at the railroad museum and for touring the battlefields in a comfortable, casual and seasonal way. The city and its attractions are fairly laid back and even though Chattanooga is known as the gateway to the South, the Deep South’s typical formality in dress is not omnipresent.

This destination at a glance

Over 50 advantage: The Tennessee Valley Railroad Museum and its train rides are comfortable, accessible and relaxed. Battlefield visitor centers are accessible, and most monuments and battlefield sites can be viewed from a vehicle or with a short walk.

When to go: The best time to visit Chattanooga is from September through November. Fall color is an attraction in mid-October, and into early November the crowds are gone and temperatures are still mild. By December, it gets cold and snow can interfere with mobility.

Where to Stay: There are many national hotel chains around Hamilton Place and downtown.

Jews and the Civil War

The Civil War divided American Jews in the 19th century as much as any Americans. It is a safe generalization that almost all southern Jews supported the Confederacy and most northern Jews sided with the Union. Their views on slavery followed a similar path, and a slavery debate among Jewish intellectuals raged during the conflict.

Jews volunteered to fight on both sides of the war, and many died in the process. An estimate by early 20th century Congressman Simon Wolf was that Jews in the Union forces numbered about 8,400 and in the Confederate forces at about 10,000. While other estimates differ, it is safe to say that Jews were represented in the armed forces of both sides in numbers greater than their 0.5 percent of the general population.

There were nine Jewish generals in the North and several in the South, according to author Norman Finkelstein. Confederate President Jefferson Davis appointed Judah Benjamin to be the first attorney general of the Confederacy on Feb. 25, 1861.

Six Jewish soldiers in the Union army received the coveted Congressional Medal of Honor for their bravery. When the war ended, Jewish soldiers returned to their homes to rebuild their country and their lives.

In a controversial move, in 1862, Gen. Ulysses S. Grant ordered every Jew in his military district covering a large section of the central southern states to leave within 24 hours. When he was president, he admitted that it was a mistake, and Grant appointed more Jews to public office than any previous president.

Chattanooga is not a very Jewish city, with a Jewish community of about 1,500 out of a total population of 173,000. Jews first settled there just before the Civil War. The first temple was organized in 1866, and land was soon secured for a Jewish cemetery. Today, there are two congregations and a Jewish Federation.

Two of the city’s most prominent Jews were Adolph Ochs and George W. Ochs, the former as editor of the Chattanooga Times, and the latter as mayor and president of the local chamber of commerce, the board of education and the library association. They became publishers of The New York Times and the Public Ledger in Philadelphia.

Jews didn’t have a major role in the management of early American railroads, although they played an important part in raising the money to build most of them.

Jeffrey and Virginia Orenstein are travel writers from Sarasota, Fla. 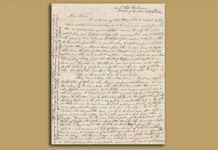 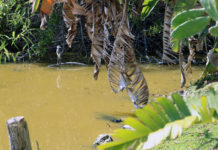 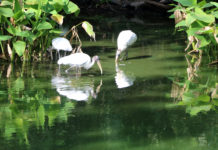