When you think of a cantor, what usually comes to mind is someone in clerical garb singing a familiar melody to a prayer.

Yes, you can tell he or she has an outstanding, often powerful voice. But once you leave the shul you probably don’t give the experience a second thought.

That likely won’t be the case on July 30 when Cantor Elizabeth Shammash, Hazzan Sandy Bernstein and cantorial soloist Rebecca Schwartz take the JCC of Long Beach Island stage for “Three Sopranos,” a musical potpourri incorporating everything from Broadway to opera to rock ’n’ roll to Jewish music.

“Sandy and I are close friends,” said Schwartz, cantorial soloist at Congregation Kol Ami in Elkins Park, who’s produced four albums of Jewish music and written numerous songs over her career. “One of her congregants asked her to come down to Long Beach Island and do a concert.

“So she basically said to me, ‘Let’s have some fun together and sing some songs.’ It’s been in the works about six months. Lizzie [Shammash] I met a few years ago when I gave her guitar lessons.

“It’ll be an amazing repertoire. We’ll be doing all genres. I’ll be singing Etta James and ‘On my Own’ from Les Mis. Sandy and Lizzie are doing ‘For Good’ from Wicked. And we’ll be doing some duets and trios, along with original music.”

That’s not exactly the stuff your father or grandfather’s cantor normally sings.

“I love it,” said Shammash, cantor at Tiferet Bet Israel in Blue Bell since 2007. “It’s really a treat to both expand our repertoire and go back to what we’ve done in the past.

Shammash, has done exactly that for years as part of “Divas on the Bimah.” She and fellow cantors Jen Cohen of Temple Beth Sholom in Cherry Hill, N.J.; Alisa Pomerantz-Boro of Congregation Beth El in Voorhees, N.J.; and Magda Fishman of Temple Beth El in Stamford, Conn., have performed in Chicago, Stamford, Detroit and three different Ohio cities, as well as closer to home.

Bernstein, who organized the event, can identify with that feeling.

“When we’re on the bimah, they’re used to hearing us do the liturgy part of the service,” explained Bernstein, cantor at Congregation Beth El-Ner Tamid in Broomall since 2014. “With a concert like this, they get to hear music they don’t normally hear in shul. It’s exciting and fun to hear us do other types of music.”

They’ll be joined by Dave Schlosberg on the piano, with Gaston Bernstein, Sandy’s husband, on percussion.

“We all have different styles, which blend together beautifully,” said Bernstein, who was classically trained in opera and also has a background in musical theater, jazz and rock ’n’ roll. “It’s a little bit of everything. We’ll be singing some of our favorite pieces. We’ll mix up the genres and make it a fun, energetic and professional concert. Hopefully after this, they’ll realize cantors can do more than they hear on the bimah. Cantors are artists, too.”

The trick when you’re mixing musical metaphors — so to speak — is making a smooth transition.

“The key to this is programming it right,” Shammash said. “I’m a lyric mezzo. Sandy is a lyric coloratura. Rebecca is an alto with a jazz and folk singing background. For it to have depth and be meaningful, we want to balance out the solos, duets and trios. This is a program picked with summer and the beach in mind, so we want to keep it fun and light.”

That’s because when they get right down to it, they’re simply friends doing what they love best.

“As long as there isn’t competition among the cantors it’s usually fine,” said Schwartz, who joined Kol Ami as musical director in 2008. “We’re just three women who are not only friends but love to sing together.” 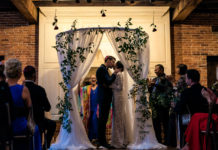 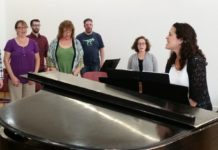 The Cantorate’s Future Is Bright at Hebrew College 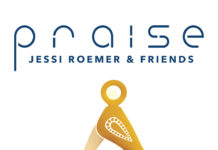