From the time he arrived here 18 years ago, Alan Nochumson has had his finger on the city’s pulse.

The native of Brooklyn, N.Y.’s Canarsie section was fresh out of George Washington University Law School when he first did some volunteer work for John Street’s mayoral campaign. He wound up as Street’s special assistant.

And even though he gave up politics following Street’s election to return to the legal world, Nochumson’s always maintained an interest in building the city.

Since founding Nochumson, P.C. in 2006, he’s been involved in real estate law — helping developers resolve disputes within the neighborhood where they’re trying to build houses or restaurant, or getting variances through the zoning board.

Of late, he’s been particularly active in Brewerytown and Kensington, areas traditionally reluctant to change with the times.

“They’re usually worried about parking and increased building density,” explained the 43-year-old Nochumson, who lives in Philadelphia’s Fairmount section with his Israeli-born wife, Michal. “Many of our clients buy land before they get any type of approval of what they can do.

“Then they need to get a zoning variance. We’ll meet with the community to hear their concerns. In places like Brewerytown, where you’re dealing with empty lots and dilapidated buildings, people see a big, rich developer and tell them they have to fix this up or that up.

“That’s where Natalie comes in, because a lot of our clients need employment advice. Often they don’t have an HR department that lets them know they need to follow the law or else it can turn into litigation.”

Klyashtorny received her degree at Temple University’s Beasley School of Law, then met Nochumson when both were active in the Young Lawyer’s Division of the Philadelphia Bar Association. She said one reason she became a lawyer was to prevent others from facing the discrimination she faced growing up in Ukraine.

“It’s really easy being Jewish in America compared to other countries,” said Klyashtorny, who was 7 when she arrived here and still has vivid memories of those tumultuous times. “Where I grew up was probably one of the hardest places to be Jewish, yet my parents instilled in me pride in being Jewish.

“I was called a kike by my kindergarten teacher’s son. It’s had a really profound impact on me the rest of my life. I still remember it. …  Luckily, about a year later we moved.”

Together, these two onetime outsiders are trying to make an impact in the community.

“We handle a lot of small businesses and entrepreneurs,” Nochumson said. “We can represent them when they form, when they fight or when they modify. There are a lot of young professionals who want to move into those neighborhoods. We’re working on projects with developers in Brewerytown and commercial projects like restaurants in Fishtown. It’s a busy practice. I do the transactions. She does the litigation.”

“A lot of times, entrepreneurs don’t realize the legal aspect of things until it’s too late,” Klyashtorny added. “They don’t know what they don’t know. We try to guide them.” 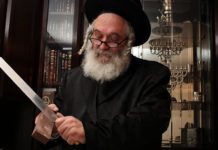 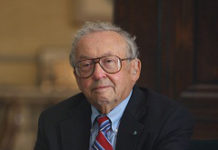