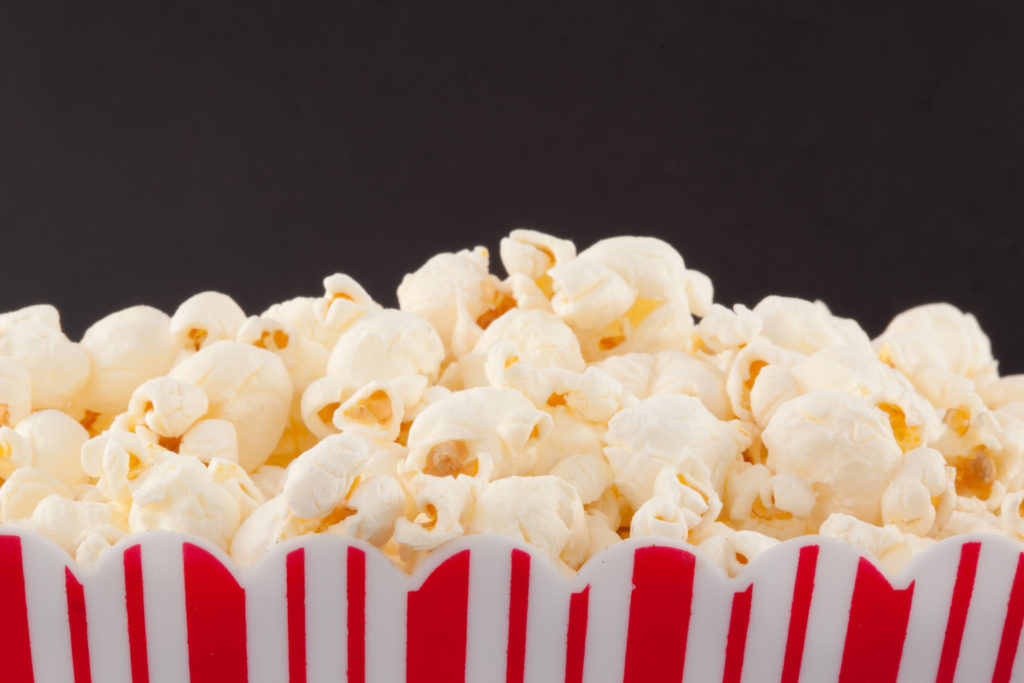 There are still six weeks remaining of the Kehillah of Chester County’s fourth-annual Summer Shorts, a film festival and discussion series of vintage, contemporary and international Jewish short films. It’s a terrific way to spend a summer night filled with entertainment and Jewish learning.

The film festival celebrates the richness of diversity of Jewish experiences through short films and media. Summer Shorts explores the full spectrum of Jewish life, values and culture. The series is being presented by the Kehillah of Chester County, a Jewish community collaboration funded by a grant from the Jewish Federation of Greater Philadelphia.

The screenings are being held Wednesdays through Aug. 30 from 7:15 to 9:30 p.m. at the historic Colonial Theatre’s newly renovated, state-of-the-art Luxe Theatre, located at 227 Bridge St. in Phoenixville.

Adults from throughout Greater Philadelphia — and beyond — are invited to be part of this very special cultural series. There is a suggested $10 donation per person, per session. Seating is limited, and pre-registration is highly recommended. Pre-register at jewishphilly.org/summershorts.

For additional information about Summer Shorts or the Kehillah of Chester County and its programs, contact Shelley Rappaport, Kehillah Director, at 484.582.0210 or [email protected] 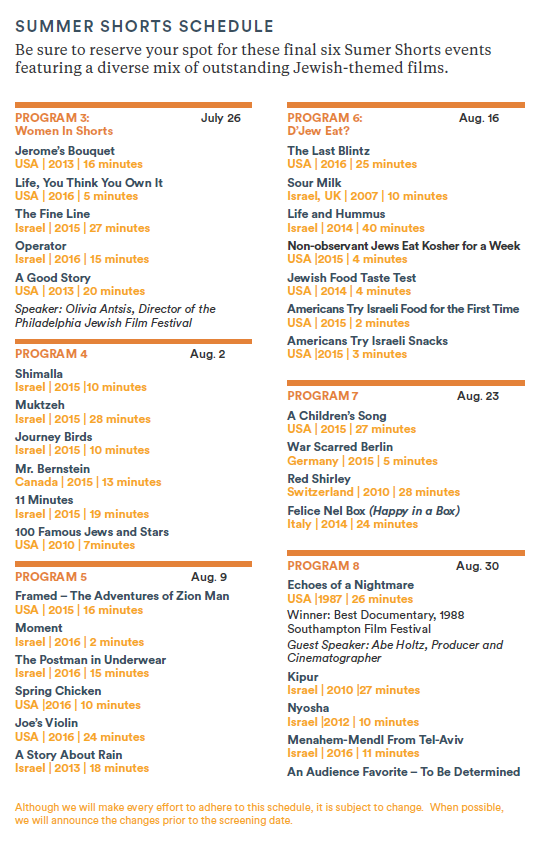