The question of “What makes someone Jewish?” just got a whole lot dicier.

More than 160 rabbis from 24 countries appeared on a list released last week that had been compiled by the Israeli Chief Rabbinate. Widely regarded as an official “blacklist,” the document identified those religious authorities, representing both Judaism’s Orthodox and non-Orthodox streams, whose documents attesting to the Jewish identities of Israeli immigrants wishing to get married were denied by the haredi Orthodox-controlled rabbinate.

Because the rabbinate controls marriage, divorce and other personal status questions in the Jewish state, those born outside Israel who wish to marry in the country must provide such letters to prove that they were either born from a Jewish mother or underwent a conversion by a religious court recognized by the Chief Rabbinate.

Israel’s Chief Rabbi David Lau confirmed that the list was released on July 9 without the rabbinate’s consent. ITIM, an Israeli organization that “helps people navigate the religious authorities’ bureaucracy in Israel,” released the list.

According to the rabbinate, it is not a blacklist but rather an internal list of questionable rabbis the rabbinate has used over the years. The list includes rabbis whose letters were rejected in 2016.

One of those is Rabbi Eliezer Hirsch from Mekor Habracha, an Orthodox shul in Center City, who was shocked he was on it. He believes it was due to a controversial case he was involved in.

He wrote a letter for someone he didn’t know personally to approve their Jewish status. Searching for more facts first, he presented the case to a higher rabbinic authority.

“The rabbi told me he personally wrote letters for people who had much less evidence than that,” he recalled. “I wanted to help the person.”

His letter was rejected by the rabbinate. All the applicants he supported prior to 2016 were approved.

“When I took all that into consideration, I realized that there’s no way that could have been a blacklist in terms of a personal affront on me,” he noted.

Other Orthodox rabbis worth noting who were on the list are Rabbi Avi Weiss, a well-known liberal Orthodox rabbi in New York and a leader of the so-called Open Orthodox movement; Rabbi Josef Potasnik, executive vice president of the New York Board of Rabbis; Rabbi Daniel Kraus of Congregation Kehilath Jeshurun, where Ivanka Trump and Jared Kushner were affiliated while living in New York; Rabbi Adam Scheier of Congregation Shaar Hashomayim in Montreal, one of the largest congregations in North America; and Rabbi Yehoshua Fass, co-founder of Nefesh B’Nefesh.

The list includes 28 rabbis from Argentina, five from the United Kingdom, three from Australia and one from South Africa, according to Haaretz.

“There’s no such thing as bad PR,” he laughed. “Our shul received a lot of positive publicity, and a lot of people expressed support for my efforts in general as a rabbi. Sometimes my efforts are more inclusive.

“I just don’t think there was any offense intended. It’s just that they set up rules and regulations that are bureaucratic,” he said.

Rabbi Leonard Gordon, who served 16 years at Germantown Jewish Centre, a Conservative synagogue, also made the list, which he found bemusing.

“I’ve always known that any life cycle event that I participated in, whether it was a marriage or conversion” would be suspect in Israel, he said. “I’ve always been clear with people that there’s a possibility that it would not be accepted by the rabbinate.

“The list does not reflect any special problem that the rabbinate has with me as an individual,” he added. “It simply reflects the fact that at some point they turned down an applicant that my name was associated with for some reason, and I have no idea what that reason is.”

However, Gordon — who co-chairs the Interfaith Partners for Peace, an organization promoting coexistence between Israelis and Palestinians — said he was surprised none of the rabbis were told that their referrals were rejected.

“By American standards, we would say if someone sent a letter and the government bureaucracy turned it down, they would have let the rabbi know. But the way it works in Israel is none of us were told,” said the rabbi, who now lives in Newton, Mass.

Gordon also pointed out that no female rabbis were listed, as they are not recognized by the rabbinate as official clergy.

“As Americans, it’s a real important lesson about what happens when the boundary between church and state is compromised,” he explained. “The state decides who’s in, who’s out in terms of religious leadership. Israel has always functioned without that notion of church-state separation so that they need to decide, both for Christians, Muslims and Jews, who is a legitimate religious leader. And that then becomes a state decision, and that leads to all kinds of problems.”

Gordon noted the timing of the release of the list, alongside the public debate of egalitarian prayer at the Western Wall and the temporary shelving of a conversion bill in the Knesset that would grant the Chief Rabbinate power to determine a foreign-born convert’s status for the purpose of the Law of Return.

“Until Israel changes the way elections are held and until their system becomes a little less fragmented,” he said, “it’s unlikely to see major change.”

However, Gordon noted that his love and connection to Israel is not compromised by the irony that “Israel is one of the only countries in the world where I cannot function as a rabbi.”

“[The list] is not something that alienates me from Israel. It’s something that I understand how it happened. It’s sad, it’s unfortunate, and I hope that I will see motions to change it.”

Rabbi Ken Carr never heard that anyone he attested for had been rejected by the rabbinate.

Carr led Congregation Or Ami in Lafayette Hill for 15 years before moving to Temple Chayai Shalom, a Reform shul in Easton, Mass.

Most of his shock came from the uncertainty of how the list was constructed.

Carr disagrees with the rabbinate’s authority to designate who is “Jewish enough” by their standards. But as a function of coalition politics, he doesn’t expect to see that change any time soon.

“We still in this day and age are finding people within the Jewish community who are more interested in dividing us than uniting us,” he said. “I don’t think there’s anything to be gained by that.” 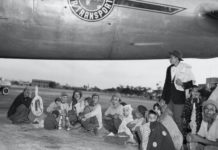 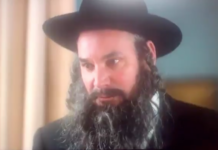 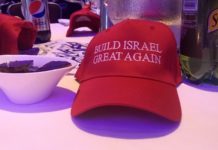