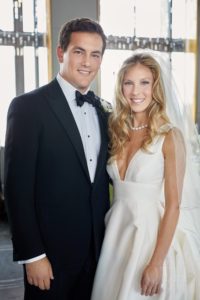 Jane and Melvin Stein of Blue Bell are delighted to announce the marriage of their daughter, Alexandra Erin, to Justen Harris Roth, son of Nina and Cary Roth of New York City. The ceremony and reception took place at the Rainbow Room on the 65th floor of 30 Rockefeller Plaza, New York City, on June 10.  Rabbi/Cantor Richard Botton, cantor emeritus of Central Synagogue of New York City, officiated the ceremony.

The bride and groom met in 2009 at the University of Pennsylvania, from which they both graduated. Alexandra went on to earn a juris doctorate degree with honors from Rutgers Law School and is an attorney specializing in matrimonial law at a Manhattan law firm. Justen recently earned his Master of Business Administration from Columbia Business School and joined Goldman Sachs as a private wealth advisor.

Following a honeymoon in South Africa and Victoria Falls, the couple returned to their home in New York City. 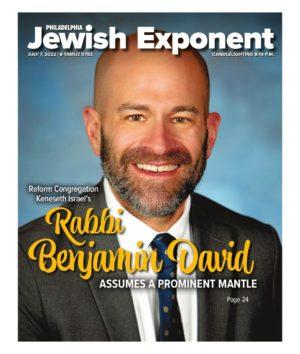