The year 1891 saw the births of Cole Porter and Henry Miller, the deaths of Gen. William Tecumseh Sherman and Herman Melville, and the opening of Stanford University and, closer to home, what was first called the Drexel Institute of Art, Science and Industry. 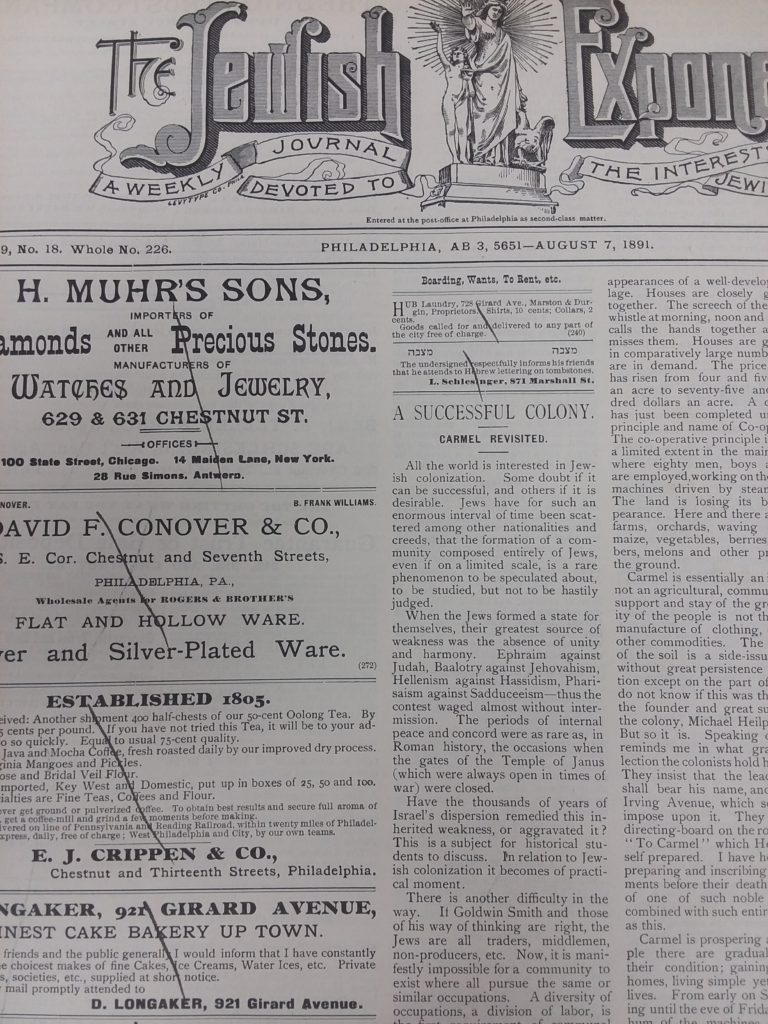 The main news in the issue of Aug. 7 was a lengthy report dubbed “A Successful Colony” about the unnamed author’s visit to the rural Jewish community of Carmel near Millville, N.J.

Jewish farming colonies were established in several states in the 1880s and 1890s, according to jewishencyclopedia.com, which cited nine such colonies in southern New Jersey. Those included Carmel, which was founded in 1882.

Although many of the farming colonies were defunct by the turn of the century, Carmel ranked as one of the more successful, lasting into the 1900s. And it impressed the author.

“Carmel is prospering and the people there are gradually bettering their condition; gaining their own homes, living simple yet wholesome lives,” the author wrote.

“The smiling, chubby cheeks of the infants, the agility and intelligence of the children at Carmel, are among the most pleasant features of the place. Here there are no thin and meagre weaklings, no pale-faced and hunger-stricken women,” another passage reads.

Aside from farming, the colony also produced clothing and cigars.