While attending the University of Pennsylvania years ago, about the only time Steve Cozen paid attention to neighboring Drexel University was when his father, the late Sam Cozen, was coaching the Dragons basketball team.

That’s no longer the case.

Over the past decade, the founder and chairman of the Cozen O’Connor law firm has developed an alliance with Drexel President John A. Fry, whom he sees as a kindred spirit.

That, coupled with his longtime involvement with the Jewish community and the Shoah Foundation, which archives the video, audio and digital testimonies of Holocaust and other mass genocide survivors, made Cozen a natural recipient for the inaugural Drexel Hillel Leadership Award.

He was honored May 22 at the Raymond G. Perelman Center for Jewish Life.

“Although I’m a Penn guy, I’ve been watching what John’s been doing to promote Jewish life on campus and increase the percentage of Jewish kids going to Drexel,” said Cozen, a 2011 Pillar of Achievement honoree of the Philadelphia Jewish Sports Hall of Fame. “Since Ronald and Raymond Perelman were friends and clients of the firm, we wanted to participate in the building of the center and gave the patio out front.

“Then John and I were at a dinner, and he suggested I might want to give a lecture to the kids about the Shoah Foundation and anti-Semitism on campus. He said they’d give me an award.

“Steve Cozen has long been a passionate and tenacious advocate for equality and justice at every level, fighting anti-Semitism with an unwavering commitment to combat aggressive acts and virulent rhetoric against Jews,” Fry said. “With Steve on the front lines of this struggle, we’re all better off.”

So Cozen, who was honored with the Anti-Defamation League’s 2016 Americanism Award and was named one of the nation’s 100 most influential lawyers by the National Law Journal, reluctantly accepted.

Cozen spoke to students about the work the Shoah Foundation does, the lessons learned from the Holocaust, the threats Jews face on college campuses and how to combat anti-Semitism.

At the heart of anti-Semitism is the boycott, divestment and sanctions (BDS) movement against Israel, he said.

“It’s a very insidious movement funded by Students for Justice in Palestine,” Cozen said. “The whole nature of BDS is it’s fostered by both the right and the left.”

In his day, if there was any anti-Semitism on campus at Penn, he wasn’t aware of it.

“I’m sure it was there, but I never really encountered it,” Cozen said. “I belonged to a Jewish fraternity and spent all my time studying or playing basketball, baseball or football.

“But I’m happy to help at Drexel and, more important, I want to get my message out. Drexel Hillel is an organization that reaches out to Jewish kids and give them a good Jewish experience on campus and lets them know they’re wanted and someone cares about their Jewishness.” 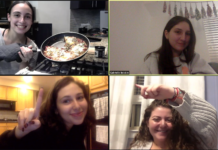 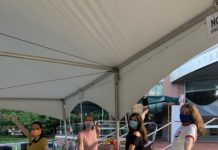 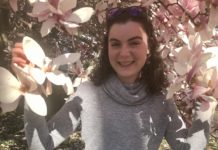