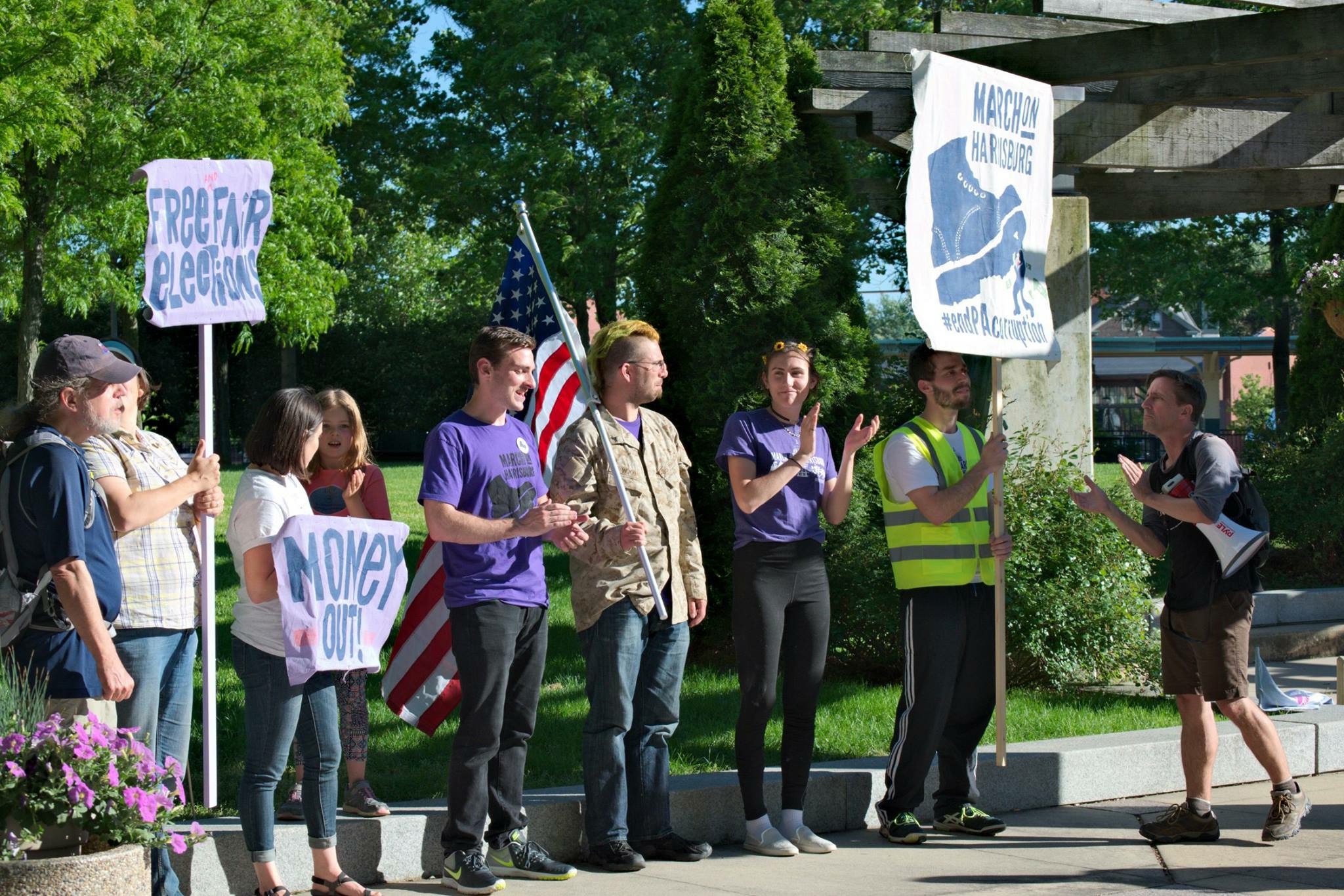 The ethos of March on Harrisburg, a nonpartisan movement to decrease corruption in the Pennsylvania state government, dates to biblical times.

Michael Pollack, founder of March on Harrisburg and a soon-to-be graduate of Reconstructionist Rabbinical College in Wyncote, said he discovered inspiration for the group in Deuteronomy 16:19.

The Bible passage, which details God’s laws, reads “neither shalt thou take a gift; for a gift doth blind the eyes of the wise and pervert the words of the righteous,” in a translation provided by the Jewish Publication Society.

“In Pennsylvania right now, our elected officials can take unlimited gifts, which are really bribes. They can’t hear the voices of the righteous,” Pollack said.

He organized March on Harrisburg to lobby the state legislature to end unlimited gifts, eliminate gerrymandering and create automatic voter registration. Three bills are currently in committee to achieve each goal, and Pollack hopes the march catalyzes the process.

Volunteers of the statewide protest met in Philadelphia on May 13 to begin a 10-day walk to Harrisburg, which culminates May 22 with three days of planned “civil disobedience” at the state Capitol.

The response to the walk has been strong, Pollack said.

“Wherever we go, people are excited. One of our lines is ‘make corruption illegal,’ and people really respond to that.”  Twenty people are now marching, though he expects upward of 100 to join him in Harrisburg.

Pollack said his rabbinical studies moved him to orchestrate the event.

“It’s deep in our tradition as Jews. We have a strong sense of community and the wisdom of not letting corruption blind us from each other,” he said, alluding to the Jewish moral obligation of tzedakah. “We are ordered and ordained to service. Our first response is to help. We need to see each other.”

Pollack believes those in Pennsylvania government have been blinded by corruption, in the same manner Deuteronomy warns against.

“Our elected representatives don’t see and hear the people they represent. We are trending toward chaos and being pulled apart,” he said.

March on Harrisburg hopes to reverse that trend.

“Our goal is to heal,” Pollack explained. “We want to restore honor to the Commonwealth of Pennsylvania and bring back integrity.”