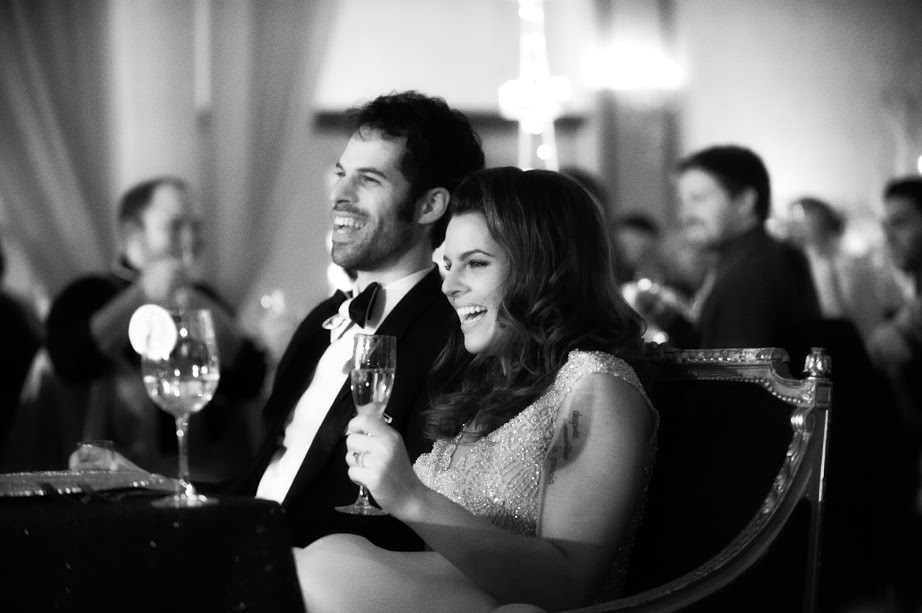 New Year’s Eve 2016 was a festive night for the Edelman and Catania families, when Jackie Edelman and Steven Catania tied the knot at Vie in Center City, Philadelphia. The wedding was officiated by the bride’s dear family friend, Joan Katz.

Helping others is a passion for the couple, who invited their guests to bring a new or gently used item of warm clothing to be distributed to those in need. In response, Jackie’s and Steven’s guests brought bags and bags of coats, hats, scarves, gloves and everyday clothing — enough to fill a dozen large bags that were donated to the Broad Street Ministries.

Jackie’s and Steven’s wedding celebration also had an unusual “after party.” Instead of hanging out at a bar or dancing through the night, the couple’s guests gathered at the Courtyard Philadelphia Downtown Hotel, where they assembled 100 bags of sandwiches, chips, fruit, cookies donated by Tate’s Bake Shop, and drinks that they delivered to homeless folks in Philadelphia over the New Year’s weekend. In fact, so many guests participated in assembling the meals that the bags were all ready to go in a little over an hour after the official wedding festivities ended. This wonderful project was featured in the New York Times on Jan. 15 in Alix Strauss’ piece titled “The Pay-It-Forward Wedding:  When ‘I Do’ Becomes ‘I Do More.’”

Jackie is the daughter of Diane and Jonathan Edelman of Merion, and Steven is the son of Charlotte and James Catania of Norristown. Jackie is the consumer experience manager for Pantry Boy, a new home meal delivery service, and Steven is both an AV systems engineer for Education Management Solutions in Exton and a musician, performing often solo and with bands in the Philadelphia area.

Following a honeymoon at the Jersey Shore, the couple resides in Merion with their loving rescued pup, Nips.