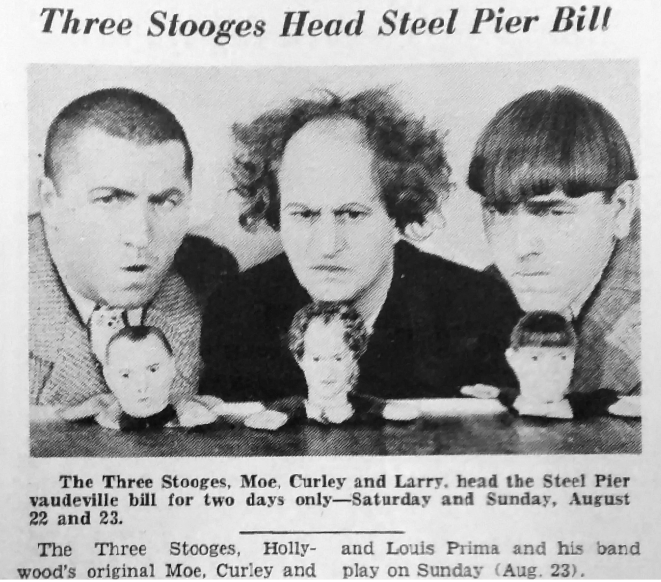 Smack in the middle of World War II, the country needed a good laugh — and three Jewish guys were there to provide it.

The Stooges were at the height of their popularity, with their short subject films (which still appear on television today) airing before feature films. During the war, the trio made several films that poked fun at the Axis powers, with Moe portraying a Hitleresque character.

The Three Stooges remain connected to the Philadelphia area even today, as Larry’s grandnephew-in-law, Gary Lassin, opened the Stoogeum in Ambler. The museum bills itself as “the world’s first and largest museum of Three Stooges memorabilia” and is home to the Three Stooges Fan Club.

After the Stooges completed their two-night engagement at the Steel Pier, bandleader Louis Prima also performed there. And two weeks later, Abbott and Costello took the stage.