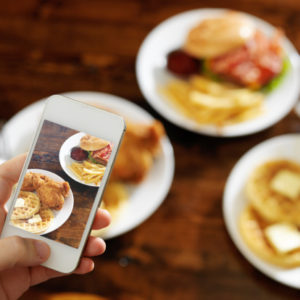 During Passover, I saw that a friend of mine on Facebook posted a picture of himself at a non-kosher restaurant eating not kosher-for-Passover food. He’s represented himself to me in the past as what I would have categorized as Orthodox. Now he’s invited me over for Shabbat dinner, and I feel like I have to ask him to clarify some things. How can I politely ask him how religious he really is?

Before you ask your friend anything, ask yourself the following: Why do you want to know? Do you have a genuine curiosity about how he came to his religious practices? Do you want to let him know you “caught” him on social media? Are you trying to gauge whether or not you are comfortable eating in his home?

Each of these potential motivations warrants a different approach. If you’re trying to decide whether or not to accept this specific Shabbat invitation, you could say something like, “Thanks so much for inviting me. Can you remind me about the kashrut status of your kitchen?” This only works if you actually make decisions about where you’ll eat based on specific standards. Otherwise, it still comes across as nosy rather than genuine. If your concern is more about Shabbat observance, you could ask, “Will all the food be cooked before Shabbat starts?” but again, if that’s not a standard you care about but you’re trying to test him, it’s not a good question.

It’s possible that he’s in the process of changing his own religious practices, in which case posting such a picture was a way for his friends to be aware of where he is religiously without him having to tell people individually. If this is true, the best thing you can do is to be a supportive friend. Don’t play the “gotcha” game; say something like, “How are things going?” or, “What did you do for Passover this year?” and then listen like a friend, not like a detective looking for clues.

If you have a genuine curiosity about your friend’s practices, ask! It’s not small talk, but it’s perfectly acceptable Shabbat dinner conversation: “How do you usually spend Shabbat? How is that similar or different to what Shabbat looked like in your family growing up? What’s your ideal Jewish community look like? What kind of Jewish home do you want in your future?” These can be highly meaningful conversations for a group of friends to have, but not if some answers are acceptable while others will get you ostracized.

You’ll notice that none of my suggestions include saying, “I noticed your picture on Facebook …” I encourage you to be aware of the fact that even though you think you know what you saw, you don’t know the whole story, and there might be more to the picture than you were able to interpret from one post. (For example, could it have been a Facebook memory about a dinner from another year?) It’s fair for you to wonder about this seeming change in religious behavior, but doesn’t mean you can be judgmental or jump to conclusions. If at all possible, accept the dinner invitation and take it from there.