With dozens of names on the ballot, instructions that read like math problems and a ballot question whose wording challenges even superior reading comprehension skills, some voters might think the upcoming municipal primary feels more like an SAT exam than an exercise in participatory democracy.

Nonetheless, plenty of Pennsylvania voters — well, those who don’t just vote in big-ticket elections — will head into the voting booths on May 16 and find a bounty of options.

In this municipal primary, there are candidates vying for the offices of district attorney, city controller, judge of election and inspector of election.

The total number of candidates depends upon your party; Republicans will see far fewer names than Democrats.

In the past few months, we’ve highlighted some of the Jewish candidates running to replace District Attorney Seth Williams and we profiled Jewish Judge Ellen Ceisler, who’ll be on the ballot for Pennsylvania Commonwealth Court. This week, we feature seven Jewish judicial candidates (in alphabetical order, not ballot order) who responded to our request for information; that way, you can get to know them a little better before you’re faced with all those names. 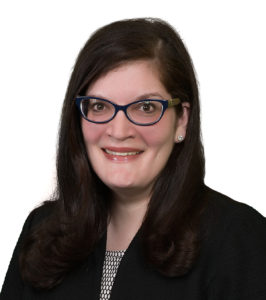 Why I’m running: “I was born in and raised by the city of Philadelphia and want to give back to my community. I believe we are in the midst of new type of civil rights movement. I have been working as a lawyer for more than 20 years to protect the rights afforded under the Civil Rights Act of 1964 and I now want to serve as a judge and ensure people’s inalienable rights. I believe that no matter what you look like, where you were born, where you do or do not worship, or who you love, all people deserve to be treated with dignity and respect.”

How being Jewish influences my judicial philosophy/professional ethics: “I recently found a portion of the Torah, Deuteronomy 16:19, which addresses this very issue: ‘You shall not judge unfairly; you shall show no partiality; you shall not take bribes, for bribes blind the eyes of the discerning and upset the plea of the just.’ Being Jewish has instilled a sense of community and justice within me that I will carry to the bench.” 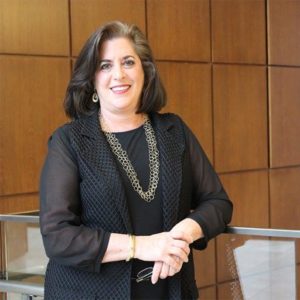 Running for: Commonwealth Court of Pennsylvania

Why I’m running: The Commonwealth Court handles issues that are very important to me, including economic justice, the quality and funding of our public schools, reproductive rights and healthcare, the environment, and lawsuits alleging discrimination or unequal application of the laws by every level of government in our State. I am running for this position to bring more robust and diverse viewpoints, values and ideals to this critical court.

How being Jewish influences my judicial philosophy/professional ethics: I am proud of my background. Jewish culture and ethics has influenced my overall philosophy throughout my life, including how I handle issues that come before my court. I always strive to treat every person with dignity and respect, no matter what their personal circumstance. I also try to uphold the highest ethical standards in all of my work, especially the application of the law in my courtroom. I know that every person deserves fair and equal access to justice. These principals are the foundation of Jewish beliefs. 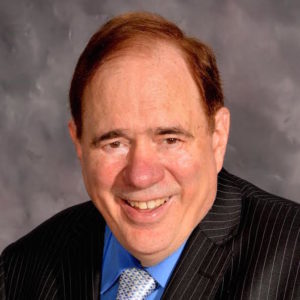 Why I’m running: “I am running to continue my work throughout my 43 years in the Pennsylvania legislature to improve the quality of justice. As a legislator, I helped put victims’ rights into Pennsylvania law; persistently worked against sexual abuse of minors; got rid of loopholes in laws covering murder, rape and other crimes; initiated efforts to legalize marijuana for medical purposes; mandated that DNA evidence be legally admissible in Pennsylvania courts; and rewrote Pennsylvania law to return convicted murderer Ira Einhorn from France.”

How being Jewish influences my judicial philosophy/professional ethics: “‘Justice, justice you shall pursue,’ Deuteronomy teaches us, using the words ‘tzedek, tzedek tirdorf.’ We never have reached, and likely never will reach, a state of perfect justice, but we must always work to pursue it. As an individual judge, I will work to prevent improper ex parte communications, treat all before the court with courtesy and respect, preserve the individual rights of defendants, protect our communities and manage trials well. I will work to see that those who need treatment for drug use, alcoholism and mental illness get it. As a member of the Board of Judges who is well known to members of the legislature and the Supreme Court, I will work through the rule-making and legislative processes to improve scheduling of witnesses and to expand programs to reduce recidivism and to protect witnesses.” 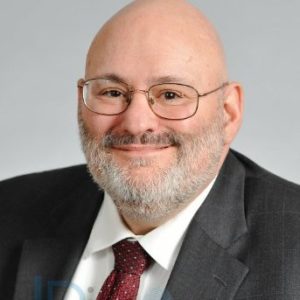 Why I’m running: “To make a difference. I have argued hundreds of cases before the appellate courts, tried innumerable jury and bench trials, investigated countless matters, been a leader in understanding the intersection of digital technology and the law and privacy, and worked with those in recovery from drug and alcohol addictions. I will bring my personal experience to the bench to help me be fair to all parties, know and understand the applicable law and fashion remedies that take into account all factors.”

How being Jewish influences my judicial philosophy/professional ethics: “My Jewishness has influenced my legal thinking in several ways. ‘Justice, justice you shall pursue’ — the command is simple, albeit difficult to achieve. The Shoah has made the Jewish people vigilant at the prospect of injustice and to speak up and take action, not relying on others. In the well-known words of Hillel, ‘If I am not for myself, who will be for me? But if I am only for myself, who am I? If not now, when?’ I interpret the law informed by the famous Talmudic arguments of Shammai and Hillel, the former championing the letter of the law, the latter its spirit. Sometimes Shammai is right, sometimes Hillel; my job is to figure out who’s right in each situation before me.” 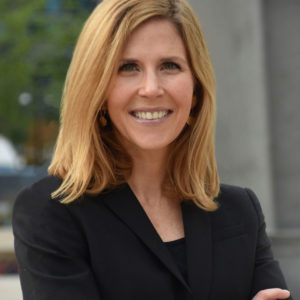 Why I’m running: “I have devoted my career to cases and survivors of child abuse, sexual assault, domestic violence, elder abuse and human trafficking — i.e., persons who have survived trauma. I’m running for judge so I can preside over a trauma-informed courtroom that applies principles of restorative justice. A trauma-informed courtroom: 1) recognizes that many people who appear in court — especially persons with substance abuse and mental health issues — have experienced traumatic events, 2) acknowledges that trauma impacts a person’s physical health, mental health, ability to meaningfully participate in the criminal justice system and ability to respond to treatment or other interventions, and therefore 3) applies restorative justice and individualized treatment and services in all stages of a case so that all parties are restored to the greatest extent possible aided by the criminal justice process.”

How being Jewish influences my judicial philosophy/professional ethics: “Growing up with a strong Jewish ethic helped develop my sense of responsibility for the judicial system. The environments in which I was raised — Jewish overnight camp, in particular — gave me a strong sense of tikkun olam and fostered my lifelong dedication to social justice. The Jewish people have always fought for truth and freedom, and I carry that with me in my heart and daily practice of law.” 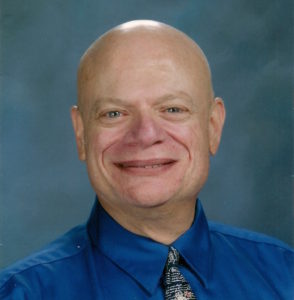 Why I’m running: “During January, I observed several bills of questionable constitutionality passing the Pennsylvania Senate. During President Trump’s first week, I started thinking about how important the judicial branch will be in these times. On Jan. 27, President Trump signed his first anti-immigration order. On Jan. 28, I decided to run.”

How being Jewish influences my judicial philosophy/professional ethics: “As Jews, we understand that there is a difference between what is law and what is justice. Deuteronomy 16:20 tells us to pursue justice (not law) and the word ‘justice’ is repeated for emphasis. In fact, there is commentary that one cannot truly love God if one does not pursue justice. Becoming an appellate court judge is my way of pursuing justice and resisting the forces against justice that have felt emboldened recently.” 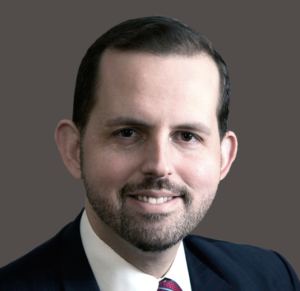 Why I’m running: “I’m running because I want to take my experience and commitment to service to the bench. I have been recommended by the Bar Association, and I am one of only two candidates that are certified under Criminal Procedure Rule 801, which calls for counsel to complete training relevant to representing defendants in death penalty cases. When someone’s life is truly on the line, I can represent them. In addition to my commitment to service, history is really important to me. My maternal grandfather wanted to be a judge, and politics kept him off the bench. He was the patriarch for our family and served during World War II. After the war, he went to Stanford on the GI bill. He eventually became involved with one of the first cases pushing for sports free agency which went all the way up to the U.S. Supreme Court in Toolson v. New York Yankees.”

How being Jewish influences my judicial philosophy/professional ethics: “My Jewish heritage is on my father’s side. I cherish this legacy as it frequently reminds me of the shortcomings of humanity. My paternal great-great-grandfather moved from Homburg, Germany with his wife. They came to the States and became an American success story. The remaining family that stayed behind in Europe was captured by the Nazis and taken to Auschwitz. I never had a chance to meet these relatives or their descendants, but I will never forget what happened to them. I hope that I can honor both sides of my family by upholding the law and protecting the innocent. I believe that my experience and commitment to service would be a great asset to the bench.” 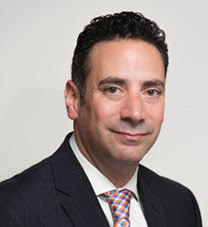 Why I’m running: “I am running to maintain my seat on the bench because the people of our commonwealth are entitled to have a qualified and experienced judiciary consisting of committed public servants who exhibit integrity, independence and compassion. For almost the last 15 years, my career has been dedicated to public service in Philadelphia Family Court, where I have worked diligently to protect children and victims of domestic violence. It is vital that our courts render well-reasoned, fair and impartial decisions with compassion and respect for the rights and dignity of all those who enter the courthouse, regardless of their gender, race, religion, ethnicity, sexual orientation or socioeconomic background.”

How being Jewish influences my judicial philosophy/professional ethics: “As a child, I attended Hebrew School at Oxford Circle Jewish Community Center and later attended Jewish Community High School in the summer and on Sundays. My Jewish upbringing and education has instilled in me the belief that all human beings should be treated with fairness, dignity and respect. As a person who believes strongly in the importance of tikkun olam, I have dedicated my professional life and legal career to the service of some of the most vulnerable people in the city of Philadelphia, including children and victims of domestic violence. I am proud of the opportunity to serve the public in Philadelphia Family Court, and I firmly believe that my religious background has prepared me to perform my job as a judge with humility and compassion.”