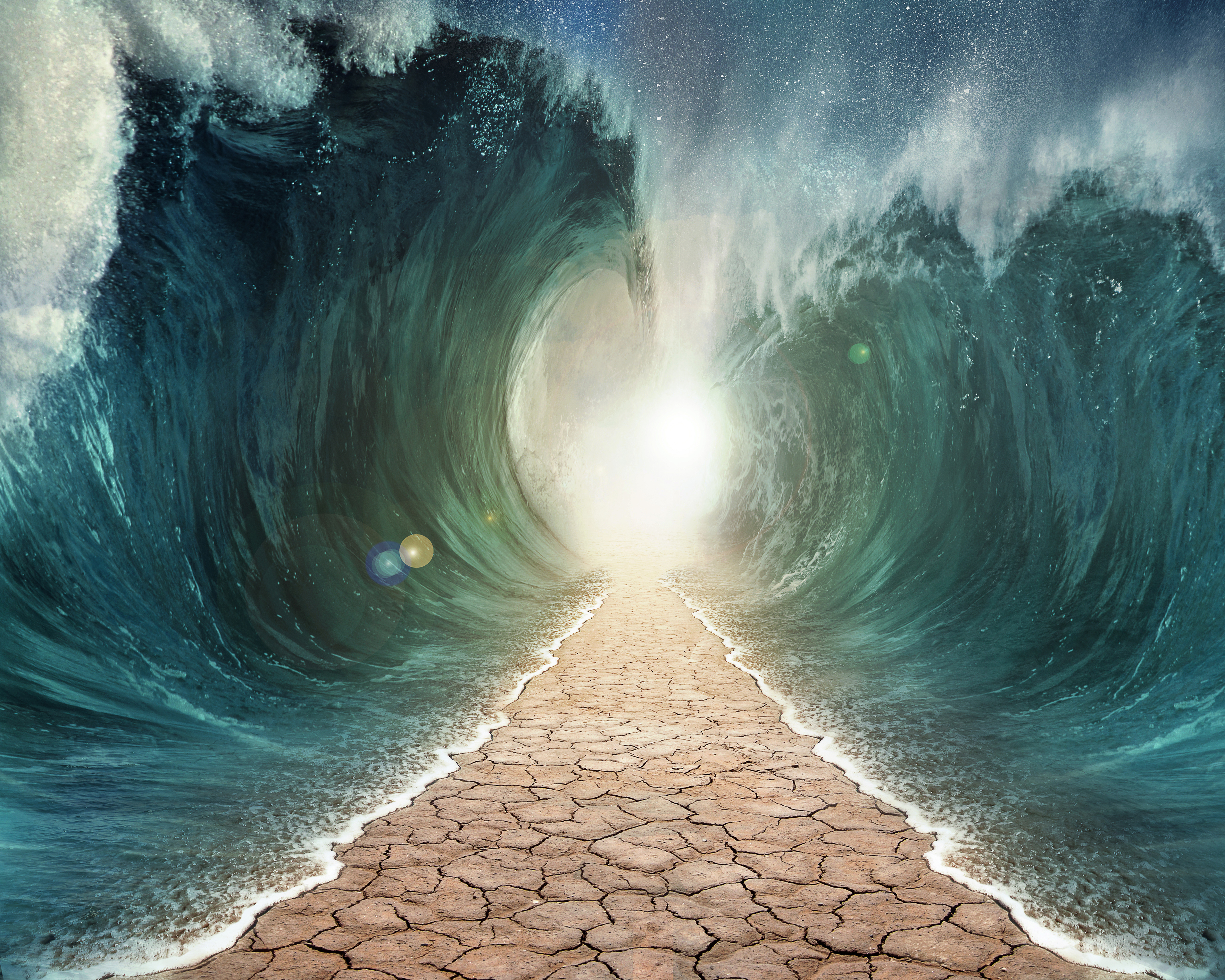 “Raise your staff and stretch out your hand over the sea and split it apart, that the Israelites may come into the midst of the sea on dry land” (Exodus 14:16).

What is the nature of this staff? Is it a walking stick? Sign of God’s power? Or magical device?

The Zohar, the central text of Jewish mysticism that first appeared in Castile in the late 13th century, has a uniquely challenging teaching about the staff. But first some background. In Exodus 4:2–5 we read the following dialogue between Moshe and God: “‘What is that in your hand?’ He said, ‘A staff.’ He said, ‘Fling it to the ground.’ And he flung it to the ground and it became a snake and Moshe fled from it. YHVH said to Moshe, ‘Reach out your hand and grasp its tail.’ And he reached out his hand and held it and it became a staff in his grip.”

Decidedly impressed, Moshe still remains reluctant to assume the role of leader. Ultimately, he accepts, but the staff is now described differently (v. 20): “Moshe took God’s staff in his hand.” How did the staff become God’s staff? And what is God’s staff?

The Mishnah in Pirkei Avot (5:6) states that the staff was one of 10 supernatural phenomena that were created on the first Sabbath eve at twilight. What was miraculous about it? Turning into a snake is little more than a parlor trick and, even when the sea splits, the staff seems to be a theatrical prop, Moses and his staff merely serving as markers for God’s splitting the sea.

And yet from a variety of sources, we can see that the rabbis were not content with that division of power. A range of ancient and medieval sources attest that the staff was engraved with God’s name, and that that was the source of its power.

Midrash Tanhuma says in the name of Rabbi Yehudah: “The staff had the volume of forty se’ah [the volume of a ritual bath], was made of sapphire, and the ten plagues were engraved upon it.” Not only huge, the staff’s sapphirine quality signifies that it is part of the scene of the divine throne of glory. The engraved plagues indicate the power latent within. Far from a natural item, the staff is both celestial and magical.

Now let us return to the snake. Through examination of two verses in Proverbs (30:18–19), the Zohar Hadash 30b–d contains a series of homilies using the symbol of a snake to consider the role of Judgment (or evil) in the divine economy.

We read: “Three things are there too wondrous for me … : the eagle’s way in the heavens, the way of the snake on a rock, the ship’s way in the heart of the sea … ” The Zohar comments: “It has been taught in a baraita: ‘Rabbi Yose said, ‘The staff was engraved on two sides with the Holy Name — one side was Compassion and Judgment in engraved letters. The other side was Judgment within Judgment — snake on a rock.’” The two sides of the staff reflect two different manifestations of divine judgment: one side, a blend of compassion and judgment, while the other side displayed a doubled aspect of judgment.

A full examination of the Zohar’s esoteric treatments is beyond the scope of this essay, but the first of the staff’s sides can be understood within the context of the ancient midrashic question about the Israelites singing at the death of their enemies, the Egyptian soldiers.

While the angels were rebuked for singing as God’s creatures drowned, the human Israelites were not called upon to be so objective. They derived comfort from seeing that, indeed, their tormentors could no longer trouble them. This takes care of the first side of the staff — judgment for the Egyptians, and compassion for the Israelites.

But the second side of the staff? In the Kabbalah, the image of the snake on a rock indicates a compounding of judgment, without divine compassion at all. One can infer that when this side is operative, even the righteous are punished; and looming large in this section of the Zohar is the martyrdom of the 10 rabbis as punishment for the sale of Joseph. The Zohar’s representation of the staff has become more terrifying, as the serpent’s prosecutorial role, unhindered by divine compassion, has been domesticated — evil has been normalized.

While the stories of the Torah and the midrash are ancient, the Zohar’s depiction of evil becoming normalized is only too familiar. What are we supposed to do when we see evil normalized? May we be beneficiaries and wielders of the side of the staff that has both compassion and justice engraved upon it.

Joel Hecker is professor of Jewish mysticism at the Reconstructionist Rabbinical College, and is the author of The Zohar: Pritzker Edition, vols. 11–12, and of Mystical Bodies, Mystical Meals: Eating and Embodiment in Medieval Kabbalah. The Board of Rabbis of Greater Philadelphia is proud to provide the Torah commentary for the Jewish Exponent.