Former Boyd’s owner Gerald “Gerry” Gushner, who transformed his family’s Philadelphia store into an iconic destination for upscale clothing, died Dec. 17 at the age of 86 from respiratory complications.

Gushner joined the business started by his father Alexander Gushner in 1938 after his graduation from Pennsylvania State University in 1952, beginning in sales. By the mid-1960s, he was its president and co-owner.

Son Kent Gushner, who now co-owns the store with his two brothers-in-law, said his father implemented numerous changes over time as the store evolved from its roots on Market Street, where it featured modestly priced clothing.

By the 1970s, Boyd’s began offering European designer clothing, while adding valet parking and a second floor for high-end designer suits. The store moved in the 1990s to its current 1818 Chestnut St. location and continued morphing into an upscale store for both men’s and women’s clothing.

“If it is true that at the core of most successful family businesses lies a person of extreme passion, vision, commitment and focus — my dad could have been a poster child for making this case,” Kent Gushner said in his eulogy. “Some might call it obsession — and they would probably be right. Boyd’s provided a forum for my dad to express him (oftentimes too literally) and the qualities that he possessed in most visceral way.”

“He built something special and he lived it breathed it to the best of his abilities right up to his last days. … He truly loved it, it kept him alive and he couldn’t imagine living without it.”

Gerald Gushner was featured in a Jan. 7, 1999 Jewish Exponent article about suburban empty nesters moving back into the city. At the age of 68, he moved from Penn Valley to Rittenhouse Square.

“My life is more exciting now, more active,” he said in the article. “We’re doing more things. It’s been a lift in my attitude toward daily living.”

Kent Gushner said that attitude stayed with his father throughout his life.

“He identified with the city in a way that exceeded how most people would identify,” he said, noting that his father enjoyed the renaissance of Center City in recent years. “He relished that.”

Aside from his son, Gerald Gushner is survived by two daughters, Cindy Yaffe and Lisa Glass; eight grandchildren; and four great-grandchildren. Nadine Gushner, his wife of 60 years, passed away in 2012.

The family asks that memorial contributions be made to the Abramson Cancer Center in support of Dr. Kevin Fox’s work on breast cancer. Checks to “Trustees of the University of Pennsylvania” may be mailed to Penn Medicine Development, Abramson Cancer Center, 3535 Market St., Suite 750, Philadelphia 19104. 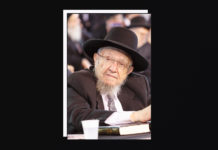 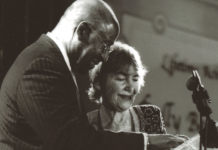 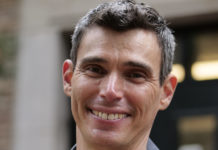