More than 500 people attended at the picnic, which featured food, dunking booths, dancing, a band and assorted games, although the kids largely were doing what they do best — running around and creating their own diversions.

One reason Perelman Jewish Day School has thrived since the days of President Eisenhower is its ability to draw families.

Just ask David Ufberg, the head of one of five Ufberg families with children enrolled at Perelman.

“It’s such a warm, nurturing environment,” said Ufberg, who attended a 60th anniversary picnic on Sept. 18 at Perelman’s Stern Center branch in Wynnewood. “The kids get the academic tools they need and also get the Jewish values that they really will carry with them forever. … They grow into young mensches.”

Various members of the Ufberg clan were among the more than 500 people in attendance at the picnic, which featured food, dunking booths, dancing, a band and assorted games, although the kids largely were doing what they do best — running around and creating their own diversions.

That spirit of togetherness was cited by Ufberg’s wife, Leslie.

“They feel like this is their home,” said Leslie Ufberg, who has two children who went through Perelman and daughters in the second and fifth grades. “The kids all feel connected. I’ve never been to a school where the fifth-graders are nice to the first-graders.”

While the values remain constant, the school itself is always changing, said Head of School Judy Groner, a one-time teacher at Perelman who returned three years ago after serving in a similar position at B’nai Shalom Day School in Greensboro, N.C.

“We are never static,” she said. “The minute the curriculum is static, it’s old.”

Groner touted the Landau Makerspaces, which are innovation labs opened this year at both the Stern Center as well as the school’s Forman Center in Melrose Park.

The spaces are designed to promote student exploration into designing and experimentation as they study science and engineering.

She also noted that a Hebrew-immersive class for pre-K is in the works next year.

While the K-5 school’s enrollment is on the rise — with 247 students at Stern and 103 at Forman, along with 75 faculty and staff members — Groner said there are still issues to tackle.

“There’s one gigantic challenge, and that’s affordability,” she said, noting that the school provided about $2 million in scholarships this year. “It’s a stretch for many families to afford independent day school.”

Still, it’s come a long way since Perelman was founded in 1956 as the Solomon Schechter Day School of Greater Philadelphia with 39 students in the basement of Har Zion Temple.

The picnic is just one of numerous celebrations planned for the 60th anniversary.

There also will be a speaker series, a Zimrikudiah song and dance festival on Israel Independence Day (May 2, 2017) and a tribute event slated for May 24, 2017. 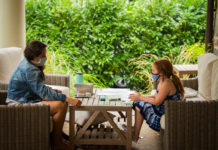 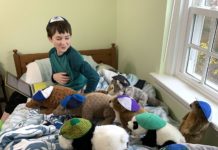