Jaffe, who lived in Philadelphia, was a corporate and real estate lawyer, serving as senior counsel to Schnader Harrison Segal & Lewis LLP.

Jaffe led Reform Congregation Keneseth Israel from 1973 to 1976 and was named an honorary president, in addition to his service since 1990 with the AJC.

In a 2007 Jewish Exponent article about an AJC about both security and environmental concerns, Jaffe asked if the organization’s leaders were taking steps in their person lives to make a different – leading by example.

“Can you imagine,” he said, touching upon an issue resonating today, “somebody who’s trying to push for gun control walking in with guns [blazing] and saying, ‘I want to get gun control?'”

During his legal career, real estate, corporate law and mergers and acquisitions were his specialties and he often represented parking lot operators. In 1991, Jaffe was appointed vice chairman of the Philadelphia Parking Authority by then-Mayor Ed Rendell. 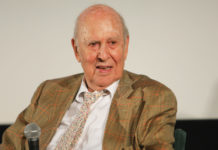 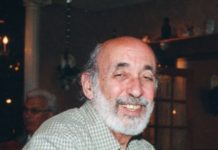