From dancing in bomb shelters to doing splits on camels, Bodytraffic definitely made the most of its recent cultural exchange in the Middle East.

The Los Angeles-based dance company just finished its residency in Israel and Jordan with DanceMotion USA, a program of the Bureau of Educational and Cultural Affairs of the U.S. Department of State, produced by the Brooklyn Academy of Music.
Their first stop back in the United States will be in Philadelphia, where they will perform at the Prince Theater from Nov. 4 to 8.
Michael Blanco, project director for DanceMotion USA, said the ultimate goal of the program is to develop a mutual understanding during a cultural exchange so people understand each other better.
They send three dance companies to different countries each year to encourage education about American dance, among several other hands-on workshops. They try to send companies to areas that are culturally underserved and include people who may never have a chance to work in and experience dance — areas such as Sub-Saharan and Northern Africa, South America, the Middle East, the Iberian Peninsula, Eastern Europe, and Asia — much less dance with an American group.
“Our first thought is to think of performance — but our emphasis is not so much on performance,” Blanco said. “[Bodytraffic has] totally embraced the idea of doing outreach to mixed-ability populations. They’ve really done a fantastic job.”
Israel and Jordan were two of eight countries selected for this year’s residencies. Since the beginning of the program in 2010, 47 countries have been visited.
“The artists that go through this program really come back with a different appreciation for what their art is — and what their art is in relation to their society and global society,” Blanco added. “It’s interesting to see how it affects their artistry and their approach to community.”
For company co-founder and choreographer Tina Finkleman Berkett, her time in Israel was a meaningful one.
She is the only Jewish dancer in the company, which has performed projects related to Judaism in the past. Their first project, for example, was set to music that was banned during the Holocaust to honor those who were not able to practice their art during World War II.
“We don’t consider ourselves a Jewish dance company, but we have a very strong commitment to Jewish themes and commissioning Israeli choreographers,” Berkett said. “There’s always kind of been a natural desire of the company to go to Israel and perform our work.”
Aside from working with DanceMotion USA, the company also performed at the Israeli Opera House at the Tel Aviv Performing Arts Center, which Berkett said was a huge honor.
The company participated in many workshops with different types of people through DanceMotion USA, including able-bodied dancers, non-dancers, disabled adults and children, and people with disorders like cerebral palsy.
“We worked with so many different types of people and we felt overall this enormous sense of gratitude and appreciation from Israeli people,” she said. “We felt really lucky to be sharing with a community of people who live under such circumstances in such a part of the world where there’s so much war, so much hatred, so much fear, and they were just so open and available.”
Berkett added that their time in Israel was life-changing for the members of the company.
“It was really the perfect culmination in that we were now going to be recognized for the efforts we made as an American company and be able to go to Israel specifically and give back and offer what we do to Israeli communities,” she said. “And, of course, for me personally as a Jew and someone who cares very deeply about Israel, it was a huge development.”
This was Berkett’s third time to Israel. Her first trip was on her honeymoon in 2007 and her second was on Birthright.
“To go back for a third time with a new lens of bringing my dance company is another huge area of pride that I have, and it was just really special to go three different times in three very different contexts,” she added.
For their next performance in Philadelphia, she said, their contemporary style will show some inspiration from their travels.
“I’m sure we’ll come home with a deeper appreciation for what we do because within the company there’s kind of this inherent appreciation for being able to be dancers and do what we love,” Berkett said. “We have a newfound deeper appreciation for the freedom to do so, that our bodies are willing and able and capable. It makes those little  aches and pains feel a lot less.”
Contact: [email protected]; 215-832-0737 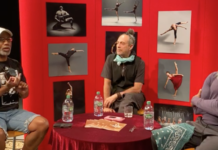 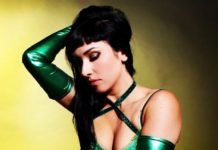 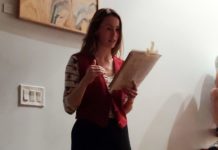