Share
Facebook
Twitter
Pinterest
Linkedin
ReddIt
Tumblr
Mix
Email
Print
Cyd Weissman has been a Jewish educator since she was a teen, and it doesn’t look like she will be changing professions anytime soon.
Weissman, 58, was just named the new director of the Reconstructionist Learning Network for the Reconstructionist Rabbinical College in Wyncote.
Through this international program, Weissman hopes to facilitate conversations about Jewish education, which she said directly correlates to learning in the home and the classroom.
Weissman has taught at Hebrew Union College, specializing in organizational change as well as design and assessment. She also spent the past decade working in New York for the Jewish Education Project, where she focused on transforming congregational education to a more communal experience, taking place in home learning environments or with friends and family.
“Synagogues have invited us in to create a new kind of education through the door of the school,” she said. “If traditionally designed religious schools are not impacting the lives of learners, what could?”
Weissman said if the goal of a Jewish education is to change a child’s life, a school alone couldn’t do that. Raising a child to fulfill his/her Jewish purpose is dependent on the whole community.
Her first task, she said, is to listen to the stories of success and glean knowledge from those involved in the educational aspects of the Reconstructionist movement, and to also discuss concerns they might have about what can be expected moving forward.
Jewish learning can transform how people live, she said, and by discussing and answering these questions, the network will bring people together.
Even her son Alexander is following the same path — he is currently attending RRC.
The mother of four sons and grandmother of two said she wants to bring people together so they can learn from one another. She added that change happens through the power of relationships, and relationships are built through hearing and telling one another stories.
“The focus of the work is to pay attention to the learning and living for adults and children as an integrated whole, not as a separate entity,” she said. “The network is going to create that pathway between people who are doing this work, uncovering the sparks of answers and bringing it together, so together we say, ‘Ah, we have emerging answers.’ ”
Weissman said she wants to discuss issues like how to raise a Jewish child in today’s world, or how to feel engaged in meaningful ways by synagogues.
Based on the mandate of the movement, she said it is every generation’s duty to reconstruct and talk about these questions.
A native to Philadelphia and gradate of the University of Pennsylvania and Penn State University, Weissman said taking this position is a literal and metaphorical homecoming. She said she admires the opportunity to work with people who have the same values and enjoys coming home to people who put community and Torah first.
Weissman said she feels like a first cousin of the Reconstructionist Movement. She started in Jewish education by working in a synagogue with two Reconstructionist rabbis. Under their guidance, she said she found a new way to view Torah and God that deeply resonated with her to this day.
She discovered spirituality founded in tradition, and felt like a partner with God.
For instance, while analyzing the Shema, she said she discovered that it’s our job to mend our community and make God’s name one. She not only wants to recite the Shema, but live by it.
“To this day, this is how I understand my relationship to God, to people, to my work. There is brokenness in the world, there are sparks of light, and it is my role as a Jew to uncover those sparks and mend the broken pieces.”
Contact: [email protected]; (215-832-0737). 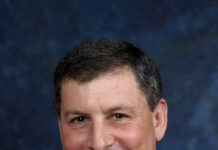