The Jewish comedic guru told the popular BuzzFeed website his feelings on comedy in the modern era.

The distinction between Jewish and secular comedy is a thing of the past, Brooks explained. “Twenty-five years ago, sure, yes, absolutely,” he told Buzzfeed. “Today, it’s the same education, same newspapers, leading now to TV, leading to the Internet. I think [humor is] all the same now.”

Brooks also revealed that he regularly gets letters from rabbis and offers them advice about humor in return. Jokes, according to Brooks, are more unforgettable than your average sermon.

Certainly when it comes to the legendary writer/director of Robin Hood: Men in Tights, The Producers and Spaceballs, unforgettable is the word. 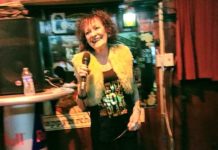