I’m in the process of joining the synagogue where my son attends Hebrew school. While tuition itself is reasonable, I’m stunned by the membership fees. I’ve heard that “no one” pays the full amount, but I don’t know how to verify that or decide how much I should pay. Besides Hebrew school, I don’t know how frequently we’ll attend functions at the synagogue, and it’s really a lot of money.

Jewish life is expensive. I’m not going to make a value judgment about whether that should or shouldn’t be, but coming off a holiday that involves special food, extra sets of dishes and multiple bottles of wine, well, it’s a lot.

Even if your version of Passover doesn’t include any of those things, life is expensive, particularly life with kids, and where you spend your money is one of those parts of adulting that can be particularly challenging to figure out, but also one of the best ways to express your values.

Setting aside your own finances for a moment, think about what it takes to make a synagogue function: salaries for clergy and staff and teachers; building expenses like utilities and upkeep; office supplies like any workplace; prayer books; religious school supplies; and food for every kind of occasion.

I would be remiss if I didn’t say, in a separate category, that security costs are a major issue for synagogues, with many weighing where else they can cut costs to provide increased protection for congregants and students. It’s terrifying and upsetting, and this is the current reality.

Many aspects of Jewish life have also set some people up to believe that access to Jewish institutions shouldn’t require such high costs, or any costs at all. Many programs geared toward young professionals are either highly subsidized or free and, in my estimation, the free-ness of Birthright Israel in particular has led to an entitled mentality that is ultimately hurting institutions.

But, as a wise rabbi once told me, there’s a difference between “free” and “free to you.” Someone is still paying. The presence of mega-donors in Jewish institutional life has also skewed the perception of how much things cost in really complicated ways.

Synagogues are expensive to run, and they depend on people like you, like me, to pay the bills and keep their doors open. Synagogues are not turning a profit on membership dues. They are just trying to make ends meet. If your synagogue has settled on an amount per family, it’s because that’s the amount per family that they need to bring in to offer the resources to the community that people want and need.

Certainly, there are cheaper options for Jewish education, if that’s what you’re looking for. There are less expensive synagogues, perhaps ones that meet less frequently or that don’t have a permanent building or full-time rabbi. You’re not locked into this. But if you are choosing this synagogue, this is the financial structure that goes along with it.

By all means, if you can’t afford what they’re asking, ask for a dues reduction. Synagogues do this frequently and graciously. But if what you’re saying is that you’d just prefer to put less of your family’s money toward the Jewish institutional world, I’d ask you to consider your priorities, what your son’s Jewish education means to you and where Jewish life fits in for you in the scheme of your priorities.

Consider paying a slight reduction your first year as you ease into the community with the plan to reassess next year. Don’t worry about what the other families are paying because it’s not your business, and you won’t know enough about their finances to get the full picture anyway.

Ask for details on where the money goes, if you think that will be reassuring. Look at the totality of what role the synagogue plays in the community. Look at your family budget and see what is realistic, and then, when you write the check, do your best to feel good about where your money is going. 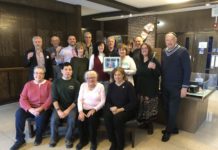 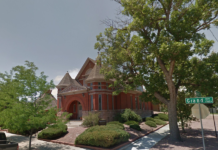 Man Arrested for Plotting to Blow up Colorado Synagogue 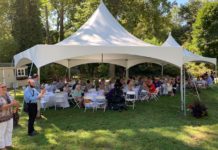 Kehilat HaNahar, the Little Shul by the River, Celebrates 25 Years