When the Kaiserman JCC reopened April 22 after a weekend closure for Passover, a void was felt around the building.

That void was named Tyrone Cook.

Loud, brash and opinionated, Cook was the omnipresent glue that held the place together, creating a sense of community among a diverse membership.

A former Philadelphia police officer and a retired Army Reserves veteran, Cook, 62, died over the weekend, apparently from ongoing heart trouble. The previous few days he had complained of a reoccurrence of gout, but perhaps the swelling in his feet was a sign of congestive heart failure setting in.

So, why am I writing about the death of a non-Jew, as sad as it may be?

Remember that JCC stands for Jewish Community Center and, even though a good chunk of the Kaiserman’s membership isn’t Jewish these days, there’s more to community than just hanging out with fellow Jews.

And Cook served as the unlikely ringleader for that sense of community, including for me.

As the “regulars” trickled in to work out the evening of April 22, we commiserated with each other about the shocking news. During those discussions, I realized that nearly every person I spoke with I knew because of Cook.

My friendship with him was of the locker room variety, as we spent a lot of time tossing around insults and making fat jokes about each other. He asked me when the baby was due, saying my stomach looked like I was in the third trimester. I responded that he was the inspiration for Fat Albert or Rerun of What’s Happening!! fame.

Sometimes we teamed together against others, agreeing that Brett Brown’s 76ers coaching is suspect or giving Dallas Cowboys fans a well-deserved hard time.

This went on every weeknight from Monday through Thursday, with variations of these same jokes and arguments making repeat appearances. I’m sure more than a few people rolled their eyes and said, “These idiots are starting up this nonsense again?”

But it was all in good fun and we shared a bond; many times he told me he thought of me as a brother.

That’s not to say that we sometimes crossed the line. On occasion, Cook misread the amount of teasing a member could withstand. And I discovered his sensitive side when he found out I had posted a handful of gag flyers around the JCC touting a phony exercise class he supposedly was teaching that was designed to help participants gain weight.

“Joking around between the two of us and the other guys is one thing, but putting it out there for everyone to see is wrong,” he said, a rare tone of anger in his voice.

I apologized. Lesson learned — and five minutes later we were trading insults again.

Cook may have been all bluster, but he had a heart of gold, too. The day before Passover (the last day I saw him alive), he brought in soft pretzels, knowing it was the final chance many members would have to indulge in leavened bread.

Earlier in the week, he brought in a lunch of turkey wings, macaroni and cheese and collard greens from his church for Fitness Director Roberta Kitchenoff because she had given him a 76ers rally towel the day before.

That epitomized Tyrone Cook. He loved to give Kitchenoff a hard time — saying she should be fired because she wasn’t getting results with me (I take a couple of her exercise classes) — but deep down, he was a softie.

His family knew of his love for the JCC.

“It wasn’t just a gym to him,” son Kareem Cook said, noting that his father first got involved with the Jewish community at the Gershman Y on Broad Street. “It was his family … The JCC was definitely a big part of his life.”

Cook had enough love for both his JCC family and his regular family.

“He was the loudest one in the room during the holidays making sure everyone else was OK,” Kareem Cook said. “I’m 42 years old, and he was still bringing me food.”

In the long run, both his son and everyone at the JCC were made better because Tyrone Cook cared. And isn’t that what community is all about? 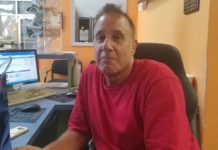 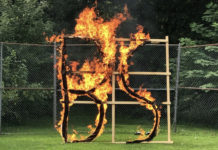 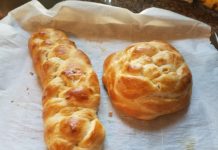