When people who are familiar with the great state of Israel think of the nation’s border towns, terms such as high-tech, education, advancement, construction and progress don’t readily come to mind. For decades, these terms have only been used to describe Israel’s major cities: Tel Aviv, Jerusalem or Haifa. Israel’s border towns are usually seen as rural villages, where education is not always prioritized and oftentimes young people don’t matriculate to the army.

However, the towns of Sdot Negev and Netivot are leading the charge to change the perception of Israel’s border communities. The Jewish Federation of Greater Philadelphia, through the Partnership2Together program of the Jewish Agency for Israel, has been fortunate to have Sdot Negev Regional Council and Netivot as sister cities to Philadelphia. Our chair, David Gold, has done incredible work bringing Philadelphians to this region, as have past chairs before him.

I was fortunate to be able to spend time last week visiting with the mayor of Sdot Negev, Tamir Idan, along with his staff and members of the Partnership2Together teams. Every time I’m in this region, I am reminded of the community’s amazing resiliency, its people’s creativity and their incredible fortitude. This area sits within what is known as the Gaza Envelope: Just a few miles from the Gaza border and just a few yards from the border fence, Sdot Negev and Netivot are in danger each and every day. Living life under siege from Hamas rockets and Friday demonstrations every week has become the new normal. Bomb shelters sit on almost every corner, next to bus shelters, outside of playgrounds and schools that have been rebuilt to be actual bomb shelters, enabling children to remain in place when the sirens roar.

The people of these communities have used ingenuity and creativity to build a beautiful place where construction is rampant; cranes are everywhere. Public gathering spaces are being built and being activated, and technology is at the forefront of all that they do. This particular trip allowed me to see the new movie theater showing first run films and the state-of-the-art performing arts center with a stage large enough to host Broadway shows.

These people are true heroes. Mayors Idan and Yehiel Zohar are building and creating a magical place. They lead their communities with strength and humility while they continue to live, farm (right up to the border fence with Gaza), pray and send their children to school each and every day. The community continues to grow and flourish, and I’m grateful for the chance to have seen this evolution firsthand.

During my visit, I also had the opportunity to meet with some local heroes, as the Jewish Federation’s Israel Representative, Tali Lidar, set up time for us to meet with the firefighters who deal with the kites, balloons and other contraptions now turned into weapons and burning valuable land, damaging buildings and vehicles and even killing wildlife in Israel. But even in the face of extreme danger, the work continues, families continue to grow and creativity abounds.

Next time you’re in Israel, I recommend you hop on the high-speed train from Tel Aviv to spend a day in Netivot. You will be amazed at what you will see and your perception of Israel’s border towns will be forever changed.

Steven Rosenberg is the chief marketing officer of the Jewish Federation of Greater Philadelphia and the publisher’s representative of the Jewish Exponent. 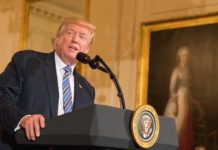 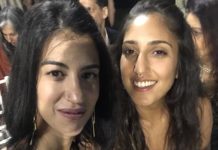