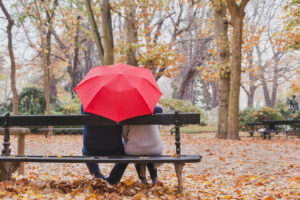 Grodnitzky, formerly a self-described “dreadlocked- hippie,” met his future wife on the Oberlin College quad back when she, too, was a so-called hippie. Together, the Philadelphia-area natives embraced an Orthodox lifestyle, moved to Israel and moved back to Philadelphia to open the Chabad House for Students on 14th and Catherine streets.

Now, Grodnitzky and his wife, co-director Reuvena Leah Grodnitzky, are bringing a bit of their expertise on the matter of matchmaking to the young Jews of Philadelphia with the INNERMarriage Initiative. The program, officially launched last week, is a sort of boutique JDate; interested parties will submit dating resumes written by a group of regulars and Reuvena Leah Grodnitzky. She and Doniel Grodnitzky then will facilitate meetings between applicants, introducing them to one another and seating them together at the Shabbat table.

The well-attended events at the Chabad House have “a vibrant single scene,” Doniel Grodnitzky said. “And we were just realizing that people were not being successful in finding a significant other just by being in the environment of the Shabbos meal.”

The real impetus for the program began a few months ago, he said, when a small group of regulars (mostly women, he noted) approached Reuvena Leah Grodnitzky, telling her that they were finding it difficult to find a suitable Jewish match. Together, they wrote the dating resume, which Doniel Grodnitzky hopes to mine for helpful data as the number of submissions rises.

The resume gets a lot of small talk out of the way, asking applicants about the age range of who they want to be paired with, when they think they might want to have children, how observant they plan on being in their lives, etc.

For Ayelet Seed, 27, one of the regulars who helped push for the program, it’s a way to get real human touch in matchmaking.

“Philadelphia’s dating pool isn’t that large if you’re looking for someone more religious and compatible,” she said. “I have used JSwipe and other dating apps without much success. … I’m hoping that with this more personal approach and range of individuals that fill out the survey and the individuals that the Grodnitzkys know, I’ll be able to find my match.”

“It’s important to me,” Seed said, “because, while you can go on dating apps, this approach allows for a more personal touch to finding a match and I think people sometimes want that. You are also having someone who you know on a personal level do the match making.”

Besides the joy of introducing two people to one another, Doniel Grodnitzky said, the underlying goal is Jewish continuity (hence the name of the program). “One of our big things,” he said, “is ensuring Jewish survival and encouraging people to find meaning in marrying someone within our faith.”

Though confident in his abilities as a matchmaker, Doniel Grodnitzky is prepared for whatever tweaking that may need to be made as the program begins to grow. “We are approaching it with open eyes,” he said. “We’re really trying to figure out what’s best for each person and trying to help them on their journey of starting a Jewish home.” 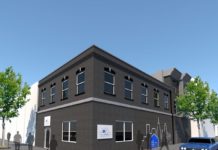 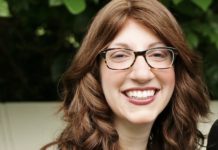